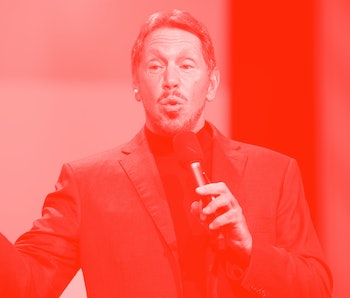 Oracle, the software giant newly responsible for reviewing TikTok’s algorithms, is facing a class-action lawsuit that alleges a stunning level of consumer privacy violations. The lengthy complaint was filed in the Northern District of California late last week.

The complaint details how Oracle’s regular day-to-day business practices “amount to the deliberate and purposeful surveillance of the general population via their digital and online existence.” It focuses on the sale of this data to third-party companies — a practice the plaintiffs allege is excessive.

The suit isn’t just lengthy in its word count; it’s also pretty massive in its representation. Three different representatives are on the case — a senior fellow on the Irish Council for Civil Liberties, the director of research at The Center for Human Rights and Privacy, and a professor of computer science — all of whom say they’re acting “on behalf of worldwide Internet users.”

There’s never a good time to be hit with such an overwhelming lawsuit, but now is particularly bad for Oracle; the software giant just began reviewing TikTok’s algorithms to ensure everything’s air-tight from a data privacy perspective.

Yum, so full of user data — The lawsuit is extensive in its allegations, but here’s what it boils down to: The plaintiffs believe Oracle is collecting ludicrous amounts of user data and selling it for profit. The case focuses on a service called “ID Graph,” which synthesizes collected data and matches it to a consistent user profile.

According to the plaintiffs, Oracle is collecting this trove of data without user consent. The lawsuit alleges that Oracle even uses proxies to get around privacy controls.

So... what now? — There’s a steep road ahead for this lawsuit, no matter who backs it. Data privacy laws in the U.S. are piecemeal at best — which makes it very difficult to prove Oracle is doing anything wrong at a federal level. As TechCrunch notes, similar privacy suits have very much struggled to find footing in the past. Oracle, as a titan of the tech industry with a $227 billion market cap, will have top-notch legal aid on its side, too.

Really the only certainty here is that the case will not be resolved quickly. In the meantime, Oracle will continue selling user data and checking TikTok’s algorithms for evidence of tampering.