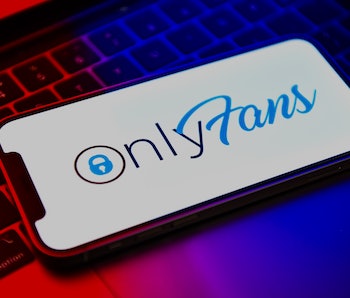 OnlyFans announced this morning via its official Twitter page that the platform will no longer be banning explicit adult content on October 1 as initially planned. “OnlyFans stands for inclusion and we will continue to provide a home for all creators,” the company wrote.

OnlyFans was not forthcoming with any further details about why, exactly, it suddenly decided not to ban explicit content after all. The “assurances” mentioned in the company’s Twitter statement likely refer to backing by big banks and payment processors, which founder Tim Stokely blamed for the initial ban earlier this week.

It’s unclear from OnlyFans’ tweet whether or not the reversal of the ban would be permanent — only that the ban had been “suspended.” OnlyFans said it would be emailing an official communication about the change of plans to creators in the near future.

Bullying works (sometimes) — OnlyFans’ decision to ban explicit content was criticized harshly by the site’s creators and by the internet writ large. Sex work is the very type of content that made OnlyFans big enough to dream of a $1 billion valuation — and then the company decided to ban that content entirely. The internet’s backlash was immediate and intense.

In the days following this harsh criticism, OnlyFans kept mostly quiet, save for one brief statement in which the company directly addressed sex workers and acknowledged that “the OnlyFans community would not be what it is today” without them. The message also alluded to the need to secure banking and payment services to run the site — a talking point founder Stokely would later reiterate as the reason for the policy change.

For one thing, OnlyFans language here is vague. In the fallout of such a massive policy change, you can bet the company is measuring its every word a million times over — so the choice to say the ban is “suspended,” rather than something more concrete, is an intentional one. It’s a reminder that, at any moment, OnlyFans could choose to change its mind once again, leaving sex workers in the cold once again.

In the aftermath of so much bad press, OnlyFans is hopeful it can swing the public’s opinion back in its favor. But so much damage has already been done. Creators report losing hundreds of subscribers overnight after OnlyFans’ initial decision. The whiplash of such a monumental decision — one that threatened the livelihoods of thousands on a whim — has ruined all trust in the company’s ability to protect its users. If we were sex workers affected by the last week of turmoil we’d be looking for alternatives.