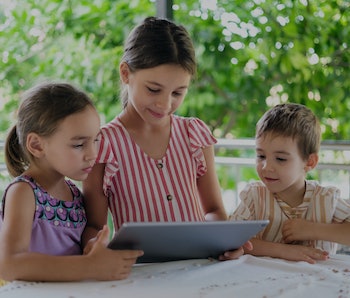 Omegle, the chat site that matches users with random strangers, is deep in a lawsuit wherein an 11-year-old met with a man who later sexually abused her. A Portland, Oregon judge has now ruled that Omegle can indeed be held responsible for the harm created by its platform, a ruling that challenges the Section 230 protections often used as a defense by internet companies.

The judge’s decision, which personal injury lawyer Carrie Goldberg published in full in a set of threaded tweets, boils down to a conversation over Omegle’s core functions. Omegle’s very purpose is to pair visitors with strangers around the world — a function that comes with obvious risks.

Judge Michael Mosman points out that, unlike many Section 230 cases, this isn’t a matter of content created on the site. It’s about design — Omegle could have, Mosman writes, designed “a product so that it did not match minors and adults.”

Motion dismissed — In his ruling, Mosman cites Lemmon v. Snap, a case with similar underpinnings to Omegle’s. In that case, Snap was sued by the family of a 20-year-old who crashed his car while using a Snapchat filter. The court ruling over that case made its decision on a similar basis as Mosman has here, stating: “Snap indisputably designed Snapchat’s reward system and Speed Filter and made those aspects of Snapchat available to users through the internet.

This case, A.M. v. Omegle, isn’t over just yet. This ruling is just in response to Omegle’s motion to dismiss the case on the basis of Section 230.

Section 230 reform on the docket — Section 230 of the Communications Decency Act, a law first enacted in 1996, is very ambiguous — a fact that’s proven very helpful in protecting internet companies from their users’ whims. Of course, 1996 was about an eon ago in internet time, and lawmakers are nowhere near catching up to the web’s constant shifts.

A number of lawmakers have taken it upon themselves to add nuance to Section 230, but none have stuck just yet. Prominent amongst these proposals is the EARN IT Act, a bipartisan bill that, amongst other reforms, would force internet companies to create backdoor access to end-to-end encrypted services.