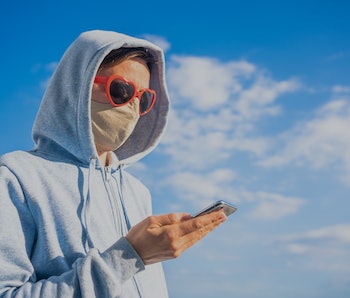 The knowledge that dating apps routinely share users’ (often extremely) personal information with third-party marketing companies has been out in the open for at least a few years now. Just like social media, profiles on platforms such as Tinder, Hinge, and Grindr contain valuable troves of data for advertisers, and they’re willing to make some very lucrative offers to these companies, even if that goes against the preferences of consumers.

Knowing that, it’s unfortunate but unsurprising to hear the latest news that OkCupid is apparently under a U.S. Federal Trade Commission investigation for allegedly selling profile pictures to a facial recognition company without the public’s knowledge or consent. Reports that OkCupid’s parent corporation, Match.com, had provided facial ID provider Clarifai with photos first surfaced in 2019 via The New York Times, and a new analysis from Reuters looking into the subsequent legal stonewalling and recent attempts to litigate privately points to some very embarrassing information for the company.

Relationship status: It’s complicated — Now, there’s a lot of complex legalese and judicial red tape to this story, but the (very) basic gist of it is this: Back in 2014, one of OkCupid’s founders allegedly supplied Clarafai’s CEO with user profile photos to help build their facial recognition database via his personal email account. Oh, and lest we forget, this OkCupid founder also just so happens to be an investor for Clarafai.

Since then, there have been numerous back-and-forths involving class action suits, FTC demands, and Match.com counter-demands. As Reuters notes, we’ve only really heard the FTC’s side of the story, since Match.com is so keen on keep all its legal documents and filings sealed at the moment. Suffice to say, it’s not a great look for OkCupid or its parent company, and they likely can’t stonewall forever.