“Her release is not the product of the pardon or compassionate release process, but rather the time earned from exemplary behavior while incarcerated.” 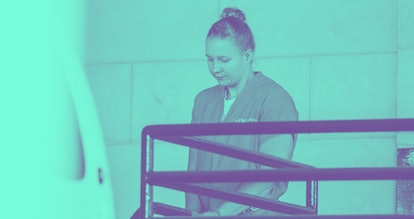 Reality Winner, the former NSA contractor convicted under the harsh Espionage Act for leaking an intelligence report detailing Russian attempts at U.S. election interference in 2016, has been released from prison early for “exemplary behavior” according to her lawyer.

Winner was originally sentenced in 2018 to over 5 years after accepting a guilty plea deal from federal prosecutors — at the time, the longest federal sentence given for a crime involving media leaks. Many people (accurately) saw Winner’s fate as an effort by the Trump administration to scare away and discourage other would-be whistleblowers at the time... something that didn’t exactly work out in the end.

As NBC News notes, Winner’s legal team petitioned for a commutation in 2020 that ultimately failed, despite Trump weighing in on the situation by calling Winner’s crimes “‘small potatoes’ compared to what Hillary Clinton did” on Twitter. We’d link you to the actual tweet, but... well, you know. Man, that still feels really great, doesn’t it?

Don’t expect a public statement — Despite Winner’s early release, her legal team makes clear we won’t be necessarily seeing or hearing from them in the near future. “Reality and her family have asked for privacy during the transition process as they work to heal the trauma of incarceration and build back the years lost,” Winner’s lawyer, Alison Grinter Allen, said in their statement posted to Twitter.

But even if she wanted to speak, Winner isn’t in much of a position to do so for a while. As Allen explains, Winner is “still barred from public statements or appearances.”

The irony is not lost on anyone — Of course, data privacy had a completely different set of standards for the Trump administration. Not that anyone needed more evidence of the irony, but last week saw the explosive reveal that Trump’s DOJ successfully subpoenaed Apple for over a dozen politicians’ and lawmakers’ personal account data in recent years without their knowledge.

Of course, secretly spying on political enemies to help frustrate probes into your own corruption isn’t the same as making the risky decision to inform the public of outside agents’ attempts to subvert American democracy in favor of a pro-Russian, spray-tanned ghoul... it’s obviously far worse.