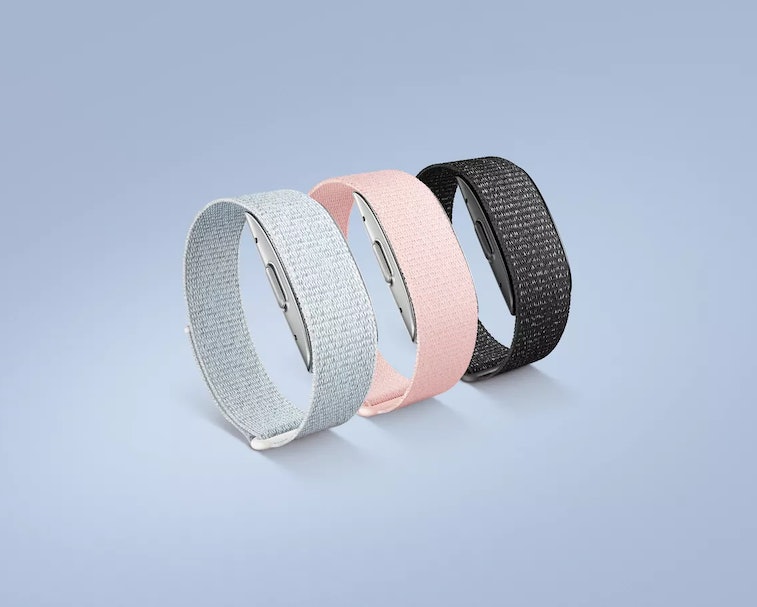 Amazon has officially launched its fitness gadget and app called Halo. The innocuous-looking band with no screen comes with a smartphone app, and is pitched as a highly detailed, data-driven, machine learning-based fitness technology for users. It's supposed to give you voice analysis to assess your mental wellbeing, 3D image scans for your body fat percentage, sleep and heart rate pattern studies, complex step assessment, and more. Right off the bat, however, it's clear that Halo could worsen, not improve, your health. For example, its 3D body scans could easily exacerbate self-image issues for younger, more vulnerable users with dysmorphia, anorexia, binging, and other health problems.

Despite Amazon's assurances about security and supposedly deleting images and audio from its server, we're not convinced. This sounds like paying Amazon — which already knows too much about us — to surveil us. On top of that, Halo encourages an unhealthy amount of reliance on artificial intelligence for some of the most basic and fundamental human tasks like introspection. We have officially entered the era of allowing apps to tell us whether our voice is "accurately" delivering our mood.

How much? — Halo is currently available for users in the United States at a discounted rate of $65 with a six-month membership. The regular price is almost $100. You can grab it here on the off chance you think sharing more, unprecedentedly personal data with Amazon is a good idea. The screen-less, microphone-carrying sensor band can't do much on its own, relying on the Halo app on your smartphone to show you its findings. You can expect a GPS tracker, accelerometer, temperature sensor, and more. The band connects with your phone by way of Bluetooth.

3D renderings of your body — By using your smartphone camera, Halo is able to make a 3D model based on your body, down to the facial expression you're wearing at the time. Which, given you'll be rotating in front of your phone in your underwear, will likely be disbelief or amusement. Amazon says that Halo can measure body fat percentage this way and notes that it deletes the images from the servers after every session. All of this analysis is done with the help of machine learning, but it's unclear if the app is able to understand the differences that come with race, ethnicity, sex, age, and more.

On top of that, Halo is able to detect the difference in intensity, speed, and momentum while you're walking. So it takes "counting your steps" to a different and much more detailed level.

Voice analysis and mood inspection — In the more bizarre details about Halo, Amazon revealed that its band will passively record the wearer's voice and analyze their mood... if they let it. It quite literally does a percent-based estimation based of your tone and even suggests you should "improve" your vocal delivery for a better mood. The company insists that Halo discards all recordings but Amazon's track record on the subject inspires little confidence. Plus, details about users' accents, gender, and other complicated elements could compromise the accuracy of the analysis, as a company representative told The Verge.

The verdict — Look, I love working out. I've written about fitness apps like OpenFit that worked for me (ask me about my biceps). But Halo seems too overwrought and potentially dangerous for a fit lifestyle. Studies have suggested that such trackers don't necessarily help with your health since they're not nuanced about racial, ethnic, genetic, body image, and sex-based physical complexities plus they're massive privacy risks for young people. There are free trials for a variety of workout programs on YouTube alone that don't compromise your personal privacy like good ol' Kinomap did or provide histrionic detailings about the tone of your voice and mood. You can practice introspection and reflection without the help of artificial intelligence.

Fitness apps, wearables, and gadgets are everywhere. It's an industry predicted to be worth an insane $12.44 billion by 2022. So it's not a shock that the company that is practically dominating almost all aspects of our lives is now trying to sell you a fitness gadget with severe privacy and mental health concerns. The good news is that fitness doesn't have to be a terribly complicated lifestyle change with obsessive takedowns of your every conceivable move. It can be done in gadget-free, mindful, increment-based steps with your dignity and privacy fully intact.