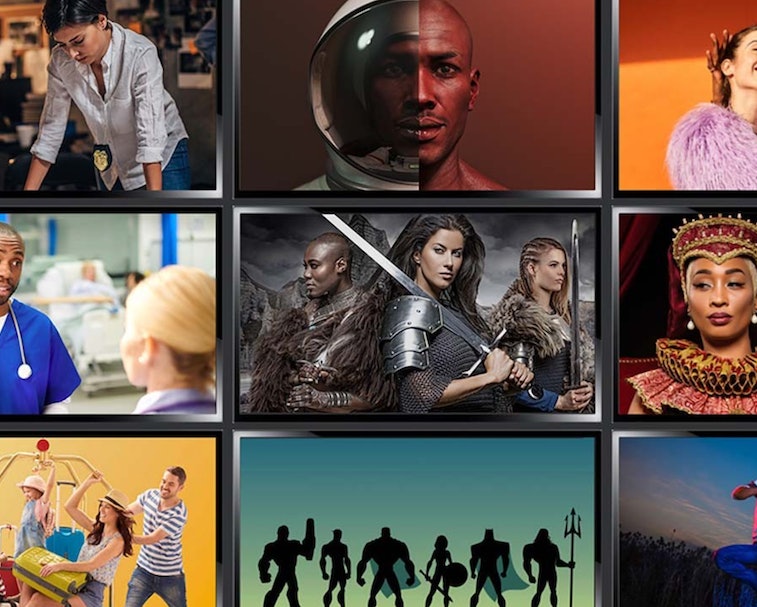 On Wednesday, the preeminent TV analytics and marketing firm Nielsen announced a new tool. After decades of supplying producers and advertisers with viewer demographic information, the company will now monitor the content itself for diversity. Gracenote Inclusion Analytics offers representation data by sex, race, ethnicity, and LGBTQ+ status suggesting that marginalized communities are more monetizable than ever.

What is being measured? — The main metrics the new tool tracks are an Inclusion Opportunity Index (IOI) and Share of Screen (SOS). The IOI showcases which groups are under- or over-represented in relation to the general population. The SOS tracks the representation percentage in the top 10 recurring cast members in relation to the audience. This data can be applied to ads, broadcast TV, cable, and streaming services, the last of which is refers to as subscription video on demand (SVOD).

The new tool comes shortly after Nielsen’s diversity and inclusion report for 2020. The report included such insights as white people being more likely to have daughters and love stories while BIPOC themes are more likely to involve the justice system.

These analytics are an important step forward, but deeper measurements will eventually be needed. If there’s an uptick in Black or gay representation, but those roles play into harmful tropes like criminality, the diversity isn’t actually positive.

Who’s left out? — It wouldn’t be an inclusion initiative if it didn’t exclude someone. The data notably leaves out disabled people and doesn’t seem to break out gender identities from the LGBTQ+ umbrella. Disability covers a wide range of mental, neurological, and physical conditions, impacting one in four people in the U.S. Disabled characters made up less than two percent of TV roles in 2017, though strides are being made with these roles increasingly being played by disabled actors.

The tool is meant to provide data on “gender, race, ethnicity, and sexual orientation,” but it lumps trans, non-binary, and genderqueer identities into LGBTQ. It divides gender along the traditional sex binary, assuming blanket non-heterosexuality for trans people, many of whom are straight.

Finally, the remaining gap that Nielsen is actually aware of, the tool only tracks data for on-screen talent. The company has plans to expand the analytics software to include those in major roles behind the camera in the future.

We are still relevant! — As traditional media companies create and bolster their own streaming services, they can handle the new data themselves. Not everyone’s cord is cut yet, and Nielsen is still beloved for traditional figures. As we move into a streaming world, however, Nielsen’s usefulness is declining so it needs to add some kind of value to TV programmers and distributors. Even its ploy to use the inclusion tool to help companies center marginalized stories around certain events falls flat as virtually every streaming platform already does this.

With everyone keeping their cards close to their chest now, Nielsen is actually more important than ever to the average person because it supplies some transparency to how shows are performing. It will be great if this tool succeeds in improving representation, even if only because it shames media companies into making better choices, but it needs to evolve.