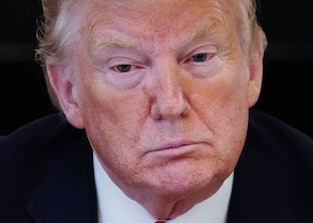 The amount paid to Yaron Oren-Pines, who has no background in medical supply manufacturing, for 1,450 ventilators that never came.

Overwhelmed by the desperate need for ventilators, New York State has been trying pretty much every option under the sun to get additional equipment for its hospitals. But in one particularly disturbing incident, as BuzzFeed News reports, New York paid $69 million to a Silicon Valley engineer after he tweeted at Donald Trump that he could supply ventilators.

In the tweet, Trump said that Ford and General Motors had to "start making ventilators, now!" Right below it, Yaron Oren-Pines, who has no professional background in medical supplies, responded, "We can supply ICU Ventilators, invasive and noninvasive. Have someone call me URGENT."

Despite having only 75 followers at the time, according to BuzzFeed News, Oren-Pines instantly won the New York State's attention... and a huge amount of funding with it after the White House okayed it.

The 1,450 ventilators that never arrived — According to BuzzFeed News, New York has been forced to suspend certain regulations around payments under the devastating impact of COVID-19. In several cases, the state abandoned the conventional process of paying after an order is completed. The same happened with Oren-Pines and the $69 million the state paid him for 1,450 ventilators.

If that price tag seems steep it's because it is. It equates to $47,656 per ventilator... which is roughly triple the standard rate. Yet, in spite of the massive payment, the order never arrived.

What about the money? — It's been a month since the payment was made. The state has since ended the contract and made efforts to retrieve the money but officials have yet to announce how much — if any —of the $69 million it's managed to salvage.

Oren-Pines refused to comment when BuzzFeed News approached him, while a senior adviser to New York State Governor Andrew Cuomo attempted to explain the chaos to the outlet. "We had no choice but to overturn every rock to find ventilators and other needed equipment," Rich Azzopardi said.

The biggest payment NY made — The amount was the single biggest payment made by the New York Department of Health. It received the approval of Cuomo himself and a green light from the White House. And it has since become one of the most glaring missteps in tackling the coronavirus at both state and federal levels, in what many contend is a long enough list already.

Naturally, officials sound regretful. "States were forced to fend for themselves to purchase lifesaving supplies to combat a global pandemic," Azzopardi lamented. Arguably they'd have been better off giving the money to Elon Musk. Or, better yet, Ford.