"Our lives have inexorably changed over the past two months, and while Zoom has provided an invaluable service, it unacceptably did so without critical security protections." 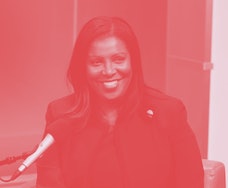 The moment the world, especially the United States, began heavily relying on Zoom for personal and professional communication purposes, the software program's litany of issues came under a blistering public microscope. There was the issue of administrators tracking your attention span, your Windows username and password could be exposed thanks to its in-program URL conversion feature, corporate tier owners had the ability to pop into any meeting of their choice, transcripts of meetings could be sent to third parties without the specific knowledge and consent of participants, and a lot more.

Clearly, Zoom had issues. Lawmakers slammed it while privacy watchdogs and media outlets, including Input, rang the alarm bell. These efforts seem to have paid off a bit as, on Thursday, New York Attorney General Letitia James' office announced that it had officially gotten Zoom to agree with multiple state and federal laws to protect user privacy and data integrity.

What you can expect — Under the new agreement, New Yorkers as well as other users in the United States are ensured that Zoom will comply with state and federal laws around personal data protection. The company has officially agreed to provide a more thorough data security program in addition to conducting risk assessment and software reviews to better protect itself from hacking incidents, including notorious episodes of Zoombombing.

Of note, the announcement reads that Zoom will follow state and federal regulations like the "New York Executive Law § 63(12) and GBL §§ 349 and 350, New York Education Law 2-d, and the Children’s Online Privacy Protection Act."

The company has also agreed to improve its encryption protocols, which came under fire after reports emerged that Zoom has the ability to tap into practically anyone's direct messages. For students, Zoom is expected to provide better privacy controls through kindergarten up to high school. Unlike its previous model where it was not immediately clear to the user that they could enhance their privacy controls, this new agreement requires Zoom to provide access to these options right away.

In James' words — In an official statement about the agreement, the New York Attorney General said, "Our lives have inexorably changed over the past two months, and while Zoom has provided an invaluable service, it unacceptably did so without critical security protections."

"This agreement puts protections in place so that Zoom users have control over their privacy and security, and so that workplaces, schools, religious institutions, and consumers don’t have to worry while participating in a video call," James added. "As the coronavirus continues to spread across New York State and this nation and we come more accustomed to our new normal, my office will continue to do everything in its power to help our state’s residents and give them every tool to continue living their lives."