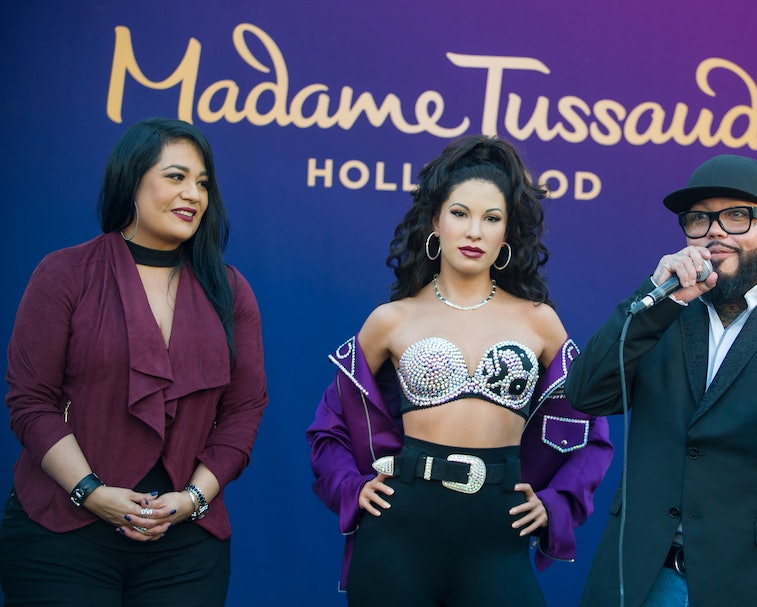 Selena Quintanilla, the Tejano pop star who died 27 years ago this month, is getting ready to release a new album. Or, well, a computerized version of her is, at least.

In a recent Facebook Live interview with Latin Groove News, Selena’s father Abraham Quintanilla said that the new album will include 13 songs — 10 remixes of older Selena songs and three never-before-released tracks. Other than that, though, details of the forthcoming album are scarce. An official announcement has not been made by either the Quintanilla family or Q-Productions, Abraham’s entertainment company.

Here’s what we do know: Selena’s brother, A.B. Quintanilla, will be producing the album. He’s been using computer software of some sort to update Selena’s voice, especially on tracks that were recorded before her rise to stardom.

The Quintanilla family has long been accused of taking advantage of Selena’s death and legacy to turn a profit. Whether or not Selena’s legion of fans will respond kindly to a posthumous album will depend greatly on the care put into restoring the late singer’s recordings.

How much AI are we talking? — Right now it’s very difficult to say just how much computer manipulation has been done to bring Selena into the 21st century. In his interview with Latin Groove News, Selena’s father mentions only in passing that A.B. Quintanilla has used computers to modify his sister’s voice. Abraham says one song in particular, recorded when Selena was just 13, now sounds just like she’d recorded it today.

The Quintanilla family’s use of Selena’s image and legacy are nothing new. Abraham reportedly began writing an official Selena biopic just weeks after her murder; not six months later the film had cast its lead (though Salma Hayek did end up turning down the role, citing the close proximity to Selena’s death). A number of Quintanilla family-approved Selena properties have been released since, including a stage musical called Selena Forever and a 2020 Netflix series called Selena: The Series. Q-Productions also runs an official Selena Store.

Abraham has been outspoken against allegations that the family is using Selena’s name and legacy for profit. “I say so what, let them talk,” Abraham said in a late 2021 episode of The AC Cruz Podcast. “Dogs get old from barking. Let them bark all they want to.”

A fine balance — Advances in machine learning and AI have allowed for enormous advancements in the entertainment industry. Digitally manipulating images, videos, and sounds has truly never been easier.

It’s easy to deem this technology an advancement when speaking about living artists and their work. When it comes to honoring the dead via this technology, the conversation is much less clear-cut. At what point does doing so move into the realm of the unethical?

This is a conversation to which there is no answer. Last year, when a documentary used AI to make Anthony Bourdain’s voice say things he’d never actually said, the director knew it would raise many questions of ethics — but he went ahead and did so anyway. It’s impossible to know whether or not Selena herself would’ve approved of this album; the Quintanilla family seems certain it’s all part of keeping her legacy alive.

We’ve reached out to Q-Productions for comment and will update this piece if we hear back.