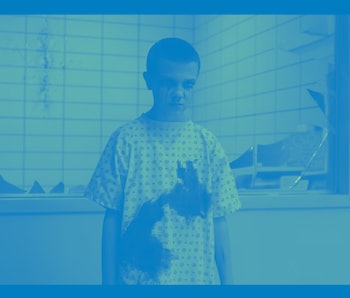 Try as Netflix might to stave off declining profits and subscription number stagnation, it’s becoming pretty clear to everyone that the streaming platform is facing some serious business sustainability issues. So far, the company appears to think the solution can be found in throwing a bunch of second-tier video games into the mix while attempting to crack down on everyone sharing the account passwords with one another. But to paraphrase a famous film line that’s been beaten to death by needless sequels, reboots, and animated children’s shows: Password sharing... um... finds a way.

Although most of us already know this scientific fact, Netflix seems to think it’s still possible to solve this unavoidable thorn in the side for virtually every online subscription service. Recently, the company began testing a fee-based password share option for customers in Costa Rica, Chile, and Peru. The results so far? Predictably awful, if you can imagine it.

Poor connections — According to a report earlier today from Rest of World, users in Netflix’s South American subscription experiment have been left confused by the new policy, while also noting that it’s still not enforced. In theory, subscribers were to be charged another $2.99 for every person outside their household who logs into their accounts, but what constitutes a “household” is both nebulous and misleading. Although many Netflix customers assumed it to mean immediate family members regardless of location, it apparently refers to a single, fixed domicile address.

It’s not just audiences who are unsure of their potential new monthly cost increases — official Netflix employees are giving contradictory explanations, as well. One unnamed customer service rep told Insider that “if a customer called asserting a member of their household was using the account from a different location, she was instructed to tell them that person could continue to use the account via a verification code without incurring an extra charge.”

No one is arguing that Netflix needs to reassess how it approaches the Streaming Wars, but if this is the best it has to offer, then it might as well go ahead and conceded defeat.

Correction: A previous version of this article misidentified the original source of the report. News of Netflix's password woes originated from Rest of World, not Business Insider.