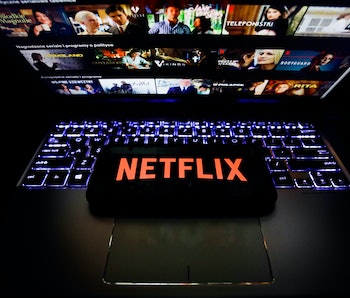 Netflix just increased the prices of its two most popular plans yet again and with it, millions of customers will have to reevaluate whether the service is still worth paying for in an increasingly crowded streaming landscape.

For many, that answer will still be yes. In a time where many productions have been halted, Netflix has kept a steady stream of relatively high-quality original series and movies coming for all of our pandemic binging needs. The quality of Netflix’s offering is not the issue, it’s that the company continues to lag behind competitors by failing to offer the highest quality picture to all of its customers.

To this day, customers can only watch 4K HDR Netflix content if they subscribe to the company’s highest “premium” tier, which now costs $18 a month. Netflix’s most popular “Standard” plan only gives customers 1080p quality, now $14 a month. The company’s “Basic” tier subjects subscribers to an insulting 480p streaming experience for $9 a month, or $2 more than Disney+ which offers 4K at no extra charge. What’s worse, Netflix Standard now costs more than Premium did when it first launched, without ever making the viewing experience better.

It’s odd because 4K content is likely not the primary reason someone would sign up for Netflix premium. The plan includes the most simultaneous streams, making it more like a family plan than a premium plan, really. Netflix Standard only offers two streams, while Basic offers one. Most people paying for Netflix Premium may not even know they’re really paying for the only 4K tier the company offers.

When 4K TVs were first becoming widely available around 2014, Netflix was often cited as the lone source of 4K content available to customers. It had licensed shows like Breaking Bad in 4K and had made it commonplace for all of its new original series, at the time still a novelty in and of themselves, to be shot and released in 4K. Netflix was, for all intents and purposes, a pioneer of 4K content and it continued to fill that role as formats like Dolby Vision HDR and Dolby Atmos entered the home theater space.

The streaming and home theater landscape has changed greatly since then. Sales of 4K HDR TVs have gone up year over year, setting records in 2020. Dolby Atmos compatible soundbars are also becoming more and more affordable. Netflix is also no longer the only streaming game in town, but it is the only player still putting 4K behind a paywall. Despite charging more for its most popular “Standard” plan than “Premium” cost six years ago, Netflix is still keeping 4K content out of the hands of the bulk of its customers. 4K HDR and Atmos are not, as Netflix would like you to believe, “premium” offerings. They are the new normal for anyone who buys a TV.

4K HDR and Atmos are not, as Netflix would like you to believe, “premium” offerings.

Every series and movie on Apple TV+ is available in 4K HDR and Dolby Atmos for $5 a month. Prime Video has long made 4K versions of its original series available. Disney+ has 4K versions of every Marvel movie, a gorgeous 4K remaster of the original Star Wars Trilogy, as well as 4K restorations of classic films like “Who Framed Roger Rabbit,” not to mention every Pixar and several classic animated movies in 4K — all included for $7 a month. While yes, these services will increase their subscription prices down the line, at least they are not nickel-and-diming their customers just to get the best version of their libraries. Even HBO Max, which confusingly does not offer 4K video playback, has confirmed 4K is on its roadmap and should be included in the $15 subscription.

Netflix Premium is dangerously close to costing $20 a month, and Standard is just $1 away from matching HBO Max’s $15 price tag. The service is still churning out high-quality content to satisfy every conceivable taste, and I’m sure its investors would rather it increase prices to avoid incurring even more debt, but at some point people on the standard plan are going to start wondering what they’re paying for.

The company’s 480p “Basic” subscription is a complete joke. If you’re someone who lives alone or with a partner and has no need for four simultaneous streams, Netflix Standard is really the only plan that makes sense for you. The next price hike is inevitable (CGI demogorgons don’t pay for themselves) but if Netflix is going to keep slowly turning up the heat, the least it can do is make 4K streaming standard for all customers so as to not deliver an inferior viewing experience to people just trying to save a few bucks in a pandemic.

Make 4K standard across all plans and just charge people for more streams. Call Premium what it really is, a family plan, and redo your offerings to better reflect the demands of the modern streaming audience. There’s only so much you can charge someone before they start looking elsewhere.