Music streaming fuels an industry revenue boom in the U.S. 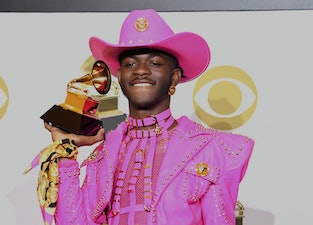 The Recording Industry Association of America (RIIA) released a report breaking down recorded music sales for 2019 in the U.S. The Financial Times (paywall) reports the $11.1 billion in revenue is the highest peak for the industry since 2006. This was a time of no smartphones, rising piracy, and sophomore albums from Beyonce, Rihanna, and The Killers.

Back then, about 80 percent of revenue came from CD sales, and now streaming revenue has an identical chunk of the industry. In 2019, streaming revenue grew 20 percent and paid streaming subscription revenue increased by 25 percent. Though these numbers sound great for the industry, the pay structure for artists isn’t promising.

Streaming payouts — In many ways, technology and streaming has democratized the industry and allowed for an even larger pool of talent to find an audience. According to Spotify’s 2019 Wrapped data, 1.2 million artists received more than 100 hours of playtime. Going off the company’s top, per-stream payout of $0.006 and assuming three-minute songs where no one else got a cut (lol), artists on the low end made $12 last year.

Business Insider reported in 2017 recording artists only managed to receive 12 percent of the $43 billion generated that year overall (music sales, ad revenue, concerts, etc.). While the industry is rebounding from the catastrophe of MP3 singles and digital piracy, that $11.1 billion is spread across more artists than ever before and executives are still taking the biggest cuts.

Interestingly, while CD and MP3 sales continue to decline, vinyl sales keep moderately climbing. Record sales went up nearly 19 percent, and can often yield more money to the artists themselves. When contextualized, as below, vinyl sales may not seem like much, but independent artists can more easily recoup costs and daresay, profit through them.