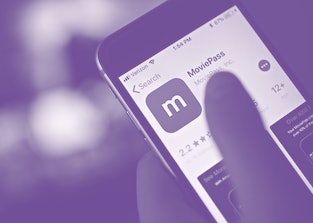 How much Helios and Matheson Analytics may have to pay customers, working out to roughly $100 each.

MoviePass parent company Helios and Matheson Analytics has filed for bankruptcy, finally putting to rest the twitching corpse of its failed ticketing service. It's a move that should surprise no one; MoviePass officially shut down last fall after sputtering for months trying to keep its unsustainable offering alive.

Now, instead of dirt-cheap movie tickets, MoviePass may owe thousands of customers a payout amounting to $1.2 million overall, according to The Wrap. Several Helios and Matheson execs stepped down alongside the bankruptcy filing.

You gave it your all, kid — MoviePass was doomed from the start, despite its popularity. After years flying under the radar with a modest subscription plan, the company in 2017 launched its $10 per month offer, allowing subscribers to see one movie per day, and millions latched on. But, there was just no way to make it work. The company faced intense scrutiny from the film industry and was still responsible for paying theaters for the tickets that customers essentially scooped up for pennies. As MoviePass hemorrhaged millions to try and stay alive, it also faced turmoil from within.

Between 2017 and its ultimate demise in 2019, MoviePass played with various subscription plans, temporarily shut down, resurrected, fought within itself, and managed to piss off subscribers and theaters alike. In every respect, it was a hot mess.

So, what now? — Back when MoviePass shuttered, execs from Helios and Matheson were still weighing their options on what to do next. At the time, they were considering “a sale of the company in its entirety, a sale of substantially all of the company’s assets including MoviePass, Moviefone and MoviePass Films, a business reorganization or one or more other extraordinary corporate transactions, together with the assumption or settlement of the Company’s liabilities in connection with any of these alternatives.” Now, decisions have been made, MoviePass has been laid to rest, and we can finally (hopefully) stop talking about it.

The SEC filing indicates the company will be sold per Chapter 7 bankruptcy liquidation, according to The Wrap, and a $1.2 million payout may be distributed among 12,000 customers. So, cheers to the lucky ones, we could all do with an extra hundred bucks.