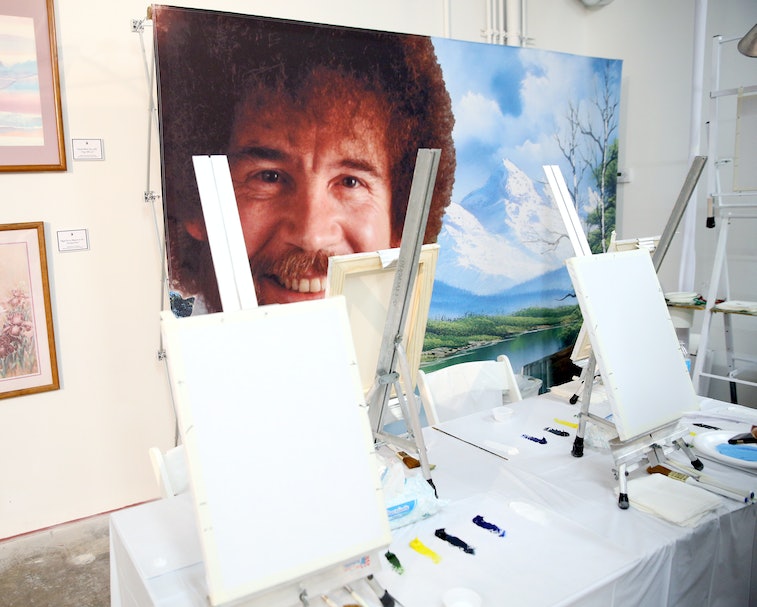 Although he passed away in the summer of 1995, legendary artist Bob Ross' influence lives on. You've probably spotted him in memes, YouTube clips, or in tweets. Now, according to Marketing Dive, Mountain Dew is using a deepfake to create an "episode" of Ross' famous TV show, The Joy of Painting. The "lost episode" depicts a deepfake Ross busily painting a scenic landscape with a bottle of Mountain Dew in the center.

The "Dew-inspired scenic canvas" episode will run on March 6 on YouTube and have 15-second as well as 30-second ads in it, and it’s not clear if the proceeds will go to any artistic foundation for aspiring creators... but we're not betting on it. Mountain Dew has planned to give limited-edition painting kits to TikTok influencers to boost the social campaign’s scope, though. So, there’s that.

A bitter taste — There’s something unnerving and crass about this. Ross' Joy of Painting has a timeless beauty, warmth, and sincerity to it. The show is not only about art but also patience, endurance, the necessity of slowing down and observing life and its little pleasures. One of Ross' mantras was that "there are no mistakes, just happy accidents." We're not sure this campaign isn't a mistake, though. The Joy of Painting was as instructional about artistic techniques like using color and depth as it was about living life compassionately and thoughtfully. And it was never about commercialism.

Mountain Dew’s hyper-aggressive image is in direct contrast to the show’s original premise, and not in keeping with Ross’ image at all. Plus, there are the ethical questions raised every time a corporation decides to use technology to resurrect someone without their permission.

Would Ross cosign this? — It's not the first time CGI has been used to bring back celebrities who are no longer with us. Deepfakes, too, have been used to show almost-believable depictions of mega-stars. In a recent case that’s frighteningly realistic, Tom Cruise became deepfake fodder. In a less-convincing instance, Robert Kardashian was digitally revived to deliver a birthday message to one of his daughters.

For this "lost episode," a body double was used to create Ross’ likeness. The Ross company signed off on it and allowed face-mapping technology experts to "recreate" the artist for the clip. The stand-in wore a wig resembling Ross’ iconic big, poofy, and memorable hairdo. He also wore prosthetics.

Some will argue this project is just a harmless marketing exercise designed to sell Mountain Dew. But its juxtaposition with Ross' personality is hard to ignore. Would he even want this? Something tells us the artist would have had legitimate concerns about how deepfakes can be used to dupe unsuspecting people, and worries about what visual manipulation like this means for society.

Or perhaps he’d find it amusing and an amazing use of technology. We’ll never know. Perhaps it’s time famous people started leaving clauses about digitally reproducing them posthumously in their wills.