Millions of people in the U.S. and Canada are ditching Facebook 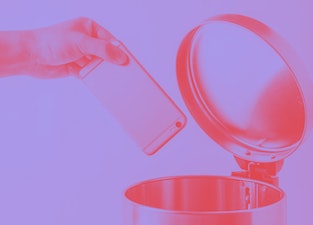 Facebook's daily and monthly active users are plummeting, according to its latest quarter results for 2020. The financial findings for this quarter contain information about network activity up to September 30 of this year. The company's CEO Mark Zuckerberg claimed that Facebook had a "strong quarter as people and businesses continue to rely on our services to stay connected and create economic opportunity during these tough times." Yet daily and monthly active users are leaving the network in droves.

In the initial stages of the COVID-19 pandemic where remote work took off and millions had to quarantine at home, the company's user base went from 195 million in the first run to 198 million in the second quarter, sparking administrative and management issues within the firm. That brief jump to more users isn't expected to come back anytime soon, according to Facebook, as it predicts even more daily and monthly active users to exit the network.

Facebook has seen this before — Users leaving a social network by the millions is terrifying news not only for the creators of the platform but also the shareholders invested in the future — and profitability — of the entire medium. But this isn't anything new for Zuckerberg and his crowd. In March 2019, a survey suggested that Facebook had 15 million fewer users compared to its base in 2017.

Where ya headed? — The reasons for leaving constantly evolve, depending on a set of factors such as political tensions — which are already high for the network — privacy concerns, worries around echo chambers, wasting time, procrastinating, and of course, the impact of social media on mental health.

In more recent terms, it is possible that Facebook's latest strategy to crack down on misinformation has unnerved the more conspiratorial user base, including the likes of the far-right QAnon and other fringe groups. But Zuckerberg doesn't sound too bothered. "We continue to make significant investments in our products," he said in the latest quarter report, "and hiring in order to deliver new and meaningful experiences for our community around the world."