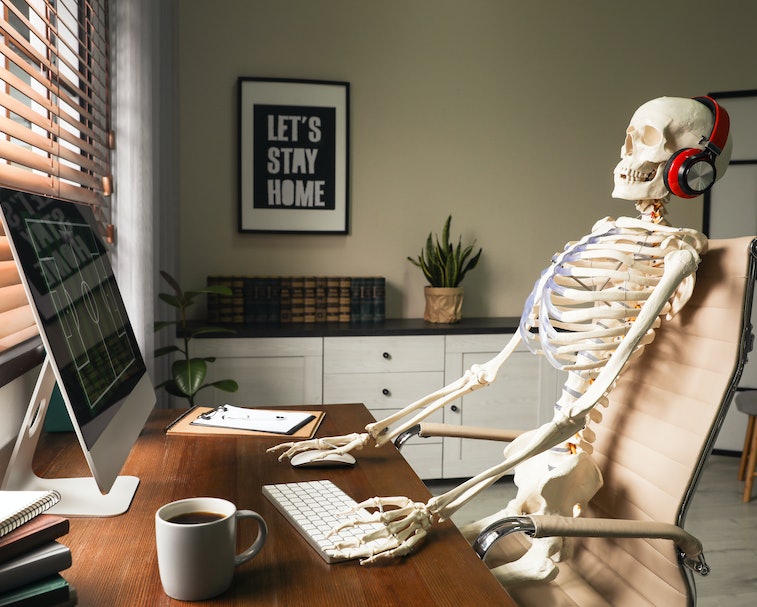 A roundup of recent tech patents courtesy of Protocol revealed a number of relatively predictable ideas in the works from Silicon Valley including extended battery lives for Apple Watches, more personalized, automated newsfeeds courtesy of Google, the sun blotted out by an ever-watchful battalion of Amazon blimps. But one idea seized upon by Microsoft hints at a very strange, if somewhat widely foreseen, future: chatbots that can mimic anyone if supplied with enough personal data.

More human than human — The patent, "Creating a Conversational Chatbot of a Specific Person," filed last week by Microsoft might sound relatively innocuous, and it probably is, to a certain extent. "In aspects, social data (e.g., images, voice data, social media posts, electronic messages, written letters, etc.) about the specific person may be accessed. The social data may be used to create or modify a special index in the theme of the specific person's personality," reads the patent's abstract. Essentially, this sounds like Microsoft hopes to better improve its customer service chatbots, as well as future AI assistance along the lines of Alexa, Siri, or its own Cortana (LOL).

A new era of 'identity' theft — That said, the implications for this kind of hyper-specific, digitalized personality mimicry are as varied as they are unsettling. While Microsoft probably (probably) has enough focus-grouped sense and lawyers on retainer to avoid advertising a personal assistant that looks and sounds like your dead grandpa, we can't say the same for other companies and programmers.

Aside from the very obvious creepiness of a deceased loved one reading you Waze directions to the nearest Chipotle from beyond the grave, the idea of conversational AI based on an amalgamation of your tweets, Facebook posts, and text messages coupled with voice mimicry (which is already a thing, by the way) could usher in a whole new era of cyber-fraud and "identity" theft.

Who would own who? — And goddamn, let's not even begin to parse out what that means for our notions of individual, conscious identities (Mike Murphy, who rounded up those patents for Protocol, already did a very admirable job of that, anyway). Then there's the whole thorny subject regarding one's privacy rights after their death. Oh, and what about digital data rights ownership? Does the digital assistant modeled after yourself circa 2006 that you drunkenly purchased as a goof truly belong to you? Or is that 16-year-old "you" — you know, the you with an embarrassing obsession with The Decemberists, suit vests, and suspenders — property of Bill Gates in perpetuity? Come to think of it, he can have that, if we're being honest with ourselves.

But still! This all sounds really complicated, and unlike the patent for Microsoft's single player VR basketball game, feels like a near certainty in the years to come.