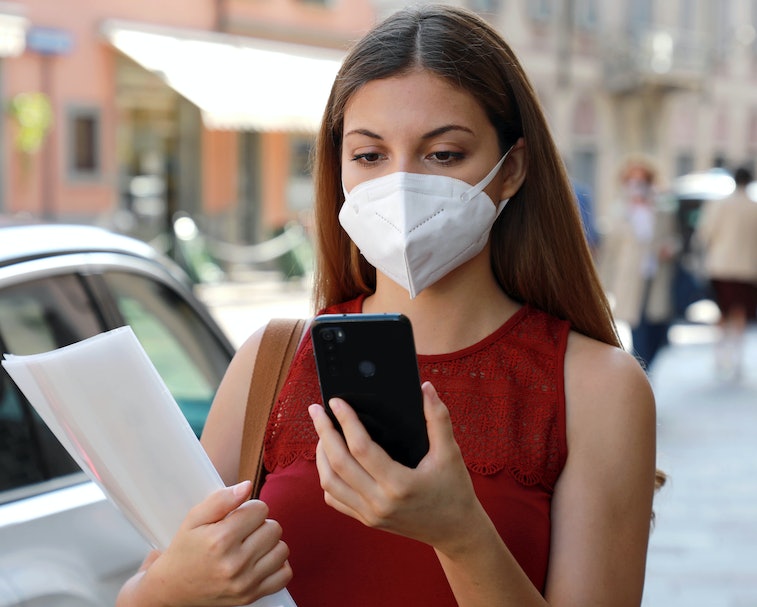 The ongoing COVID-19 pandemic has exposed how ill-prepared our public health care, education, and political systems are for a viral outbreak. We've seen the United States struggle to reach a consensus on whether or not opening nurseries, schools, and colleges is a good idea. Some have kept their students at home while others have opened the gates.

Among those to resume business as usual is Albion College in Michigan. The small liberal arts institution announced in June that it would bring its student population of at least 1,500 back on campus in August, TechCrunch reports. While Albion students have indeed returned, the coronavirus hasn't left. In order to keep an eye on potential cases, Albion College announced that it would require students to download an app called Aura on their phones.

The idea was to trace and track COVID-19 cases by using the app developed by Nucleus Healthcare, including spotting positive cases. The only problem? Aura tracks the physical location of students at all times. If they want to opt-out of this digital surveillance tool, they can't. It's so invasive that it sparked a Change.org petition demanding that it be an optional feature, instead of mandatory. None of this is surprising given the fact that multiple governments around the world have used COVID-19 as a way to ramp up their surveillance, facial recognition, and location tracking technologies.

Confidential but not really — Back in July, Albion College assured students, parents, and staff that Aura was built with privacy concerns in mind. It said, "All protected health information relating to an individual registered on the app will be treated as confidential. This information will be used only to provide the services agreed to and will not be disclosed to any other person or entity without the individual’s written permission." It didn't take very long for the cracks in that claim to start showing.

As TechCrunch reports, there are two severe privacy issues with Aura. For one, the app's back-end servers are can readily be accessed. Secondly, despite claiming confidential status, the app can be exploited to retrieve a student or staff member's COVID-19 status. Shortly after these issues were made known, the vulnerabilities were removed. But the lack of autonomy in the matter remains intact. So even if a student wants to opt-out of Aura, they can't. If they still decide to ditch the app, meanwhile, they risk suspension.

Breathing down their necks — More than any other issue, Aura's location tracking is a major privacy concern. Say, a student wants to ditch class and go off campus for personal reasons (all of us have at one point), Aura informs college authorities and this can result in an administrative penalty, fine, or other punitive measures. It makes students uneasy and anxious, which many already are given they're back at college during a pandemic, which is already a burden on their mental health.

This is not how public health should work. Students should be encouraged to practice social distancing and hygiene while keeping themselves updated about potential vaccines, medicine, and helpful social tips like avoiding crowded indoor spaces, minimizing physical contact with people they don't live with, and investigating which masks work or don't while stocking up accordingly. Planting a GPS tracker in their phones and infringing on their right to privacy won't fix the problem.