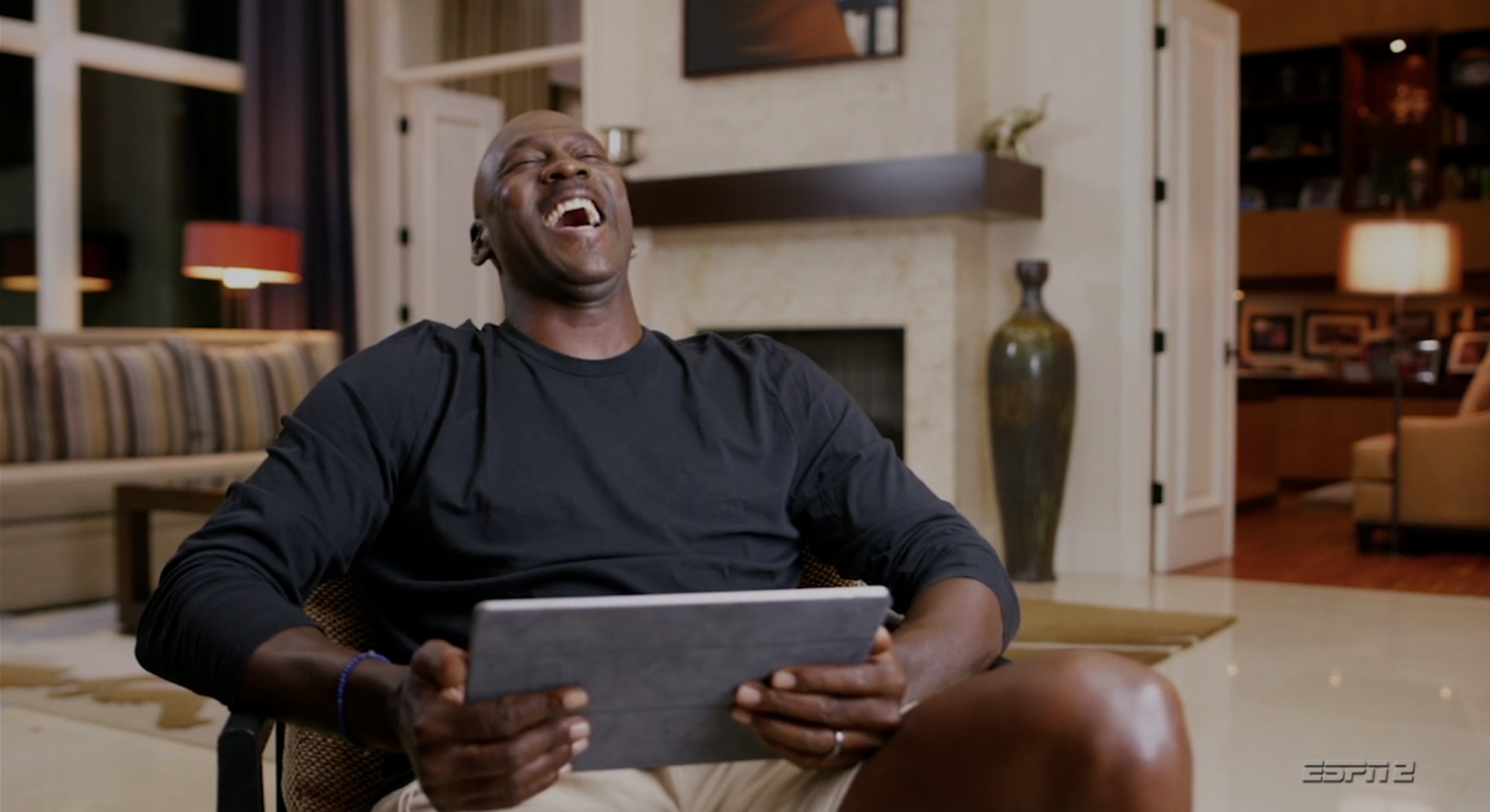 Crying Michael Jordan is now ubiquitous in internet culture. The meme, which shows tears coming down the face of perhaps the greatest athlete of our time, has become the perfect way for people to express their feelings after any acts of defeat in life — personal or otherwise.

Couldn't get those limited-edition sneakers you wanted from Nike's SNKRS app? Drop the image in a tweet and your friends will instantly relate. Has a celebrity embarrassed themselves? Replace their face with a Photoshop of Crying Jordan and call it a day.

The beauty of it all, as with many popular memes, is that Crying Jordan has endless potential and its emotional impact extends beyond a particular genre. You don't have to be a fan of basketball, or sports in general, to appreciate and use it effectively in conversations you're having on the internet. It is, simply put, the perfect meme and it will go down in history as one of the best ever — much like the subject behind it himself.

What's completely ironic about Crying Michael Jordan is that it stems from his 2009 Basketball Hall of Fame induction speech, a culmination of a basketball career where he won every accolade there was to win. It was only natural, of course, that the internet would turn his tears of joy into a form of expression synonymous with sadness or failure. But while Crying Jordan isn't going anywhere anytime soon, there's a new wave of Michael Jordan memes taking over social media timelines everywhere.

Thanks to ESPN and Netflix's 10-part documentary series The Last Dance, which covers Jordan's final season with the Chicago Bulls, we're getting a look at the the NBA legend in a completely different, more intimate light — and being a total savage at the expense of old rivals. Throughout the episodes that have aired or streamed so far, as Jordan is being interviewed in front of the camera, he's sometimes handed an iPad where he can watch videos of other players talk about their experience competing against him.

His reactions to those interviews — where he can be seen smiling, laughing, expressing sarcasm or confusion, and yes, crying — have given birth to a fresh set of Jordan memes. And they're here to stay. Chances are you've probably seen some of them pop up on Twitter, Instagram, or Facebook already, where people have been quick to turn Jordan making fun of his opponents into internet gold. The best ones yet came out of Episode 8 of The Last Dance this past Sunday, during which former Seattle Supersonics star Gary Payton talked about playing Jordan in the 1996 NBA Finals.

In the middle of that interview, the camera switches to Jordan watching a video of it on the iPad, right as he starts laughing uncontrollably and looks shocked that these words are coming out of Payton's mouth. "The Glove [Payton's nickname]," Jordan said, after swiftly handing the iPad back to the producers. "I had no problem with The Glove. I had no problem with Gary Payton." This scene from The Last Dance was less than a minute long, but that's all it took for us to have great meme alternatives to the Crying Jordan – and the fact his facial expressions are accompanied by an iPad only makes these images more versatile.

The Bulls eventually went on to win the 1996 NBA Finals against the Supersonics in Game 6, and 24 years later we have Payton to thank for making Jordan crack up and giving us the chance to have a Laughing Jordan 2.0 meme. As much as Jordan going hysterical was key to this new creation, none of it would be possible without Payton's true belief that he was almost, almost able to stop The GOAT from winning his fifth NBA championship.

So, truly, let's all send our thanks The Glove for his services to the culture — and to Detroit Pistons legend Isiah Thomas, whose comments in the documentary led to Jordan giving us a pristine eye-roll we can use when people are acting dumb on Twitter.

With these new Jordan memes, we probably have enough to hold us over for the next decade or so. But, just in case you're itching for more internet fodder from His Airness, the good news is there are still two episodes left of The Last Dance, which are set to premiere Sunday, May 17 on ESPN in the U.S. and on Netflix everywhere else. I don't know about you, but I wouldn't say no to an updated version of the "Stop it. Get some help." GIF, which continues to be a timeless and classic Jordan meme.