Meta employees aren't allowed to talk about abortion at work

“The entire process of dealing with the Respectful Communication policy, being told why my [abortion] post is violating, and crafting this new post has felt dehumanizing and dystopian.” 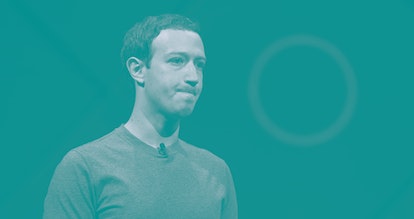 For the past three years, Meta’s top brass has forbidden employees from discussing anything related to abortion issues on the company’s internal communications platform, Workplace — a policy that is only just now coming to light after executives reiterated the ban during a town hall meeting earlier this week.

Per The Verge, Meta’s VP of HR Janelle Gale yesterday cited “an increased risk” that Meta was seen as a “hostile work environment,” and that abortion is “the one unique topic that kind of trips that line on a protected class pretty much in every instance.” The subject apparently is the only one to receive this blanket clampdown, while discussions of other similarly divisive issues including trans rights, vaccinations, climate change, gun control, Black Lives Matter, and immigration are still allowed on Workplace.

“The argument about why our policy treats one issue quite differently than other sensitive issues feels flimsy and unconvincing to me,” one employee of over 10 years wrote in a post on the in-house platform... the second time around. The original post was removed for violating the supposed policies.

Mixed Facebook Messaging — Although employees have faced pressure since 2019 to not discuss abortion, company execs have expressed their own opposition to the prospect of overturning Roe vs. Wade. Shortly after the news leaked of the potential SCOTUS decision earlier this month, Meta’s second-in-command Sheryl Sandberg posted to her own Facebook page, calling abortion access “one of our most fundamental rights.” “Every woman, no matter where she lives, must be free to choose whether and when she becomes a mother,” she wrote. “Few things are more important to women’s health and equality.”

Although, yes, there is a difference between airing these opinions outside of a work environment versus within one, the fact that this topic is the only one out of a multitude of similarly polarizing issues is glaringly inconsistent.