“This is a public health crisis ... and today we’re suing the company that started it.” 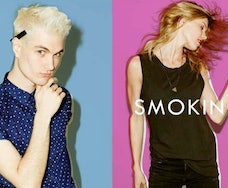 The state of Massachusetts filed a lawsuit Wednesday against Juul Labs, alleging the company targeted underage customers through strategic advertisements. The lawsuit cites internal documents from Juul that show the company purchased ads on the websites for Nickelodeon, Cartoon Network, and Seventeen Magazine.

The suit also cites the company’s tendency toward using young models and its portrayal of Juul as being for the “cool crowd” as being problematic. Massachusetts Attorney General Maura Healey said the lawsuit is the product of more than a year of investigation.

“This is a public health crisis,” Healey said, “and today we’re suing the company that started it."

Juul has had a rough few years — Juul and its former parent company Pax Labs have seen numerous lawsuits in the last few years, and for good reason. Since 2011, e-cigarette use by middle schoolers has increased from 0.6 percent to 10.5 percent, and that number jumps to 27.5 percent for high schoolers. New York filed a similar lawsuit against Juul last fall, and California and North Carolina have also filed lawsuits over the company’s marketing strategies.

Juul’s advertising choices, which Massachusetts claims are backed up by the company’s internal documents, are nothing short of damning. With evidence mounting against it, Juul won’t be able to continue denying its choice to target minors for long.

Ignoring age verification online — The Massachusetts lawsuit also alleges that Juul failed to follow proper age-verification techniques before selling its products online. The suit claims that, between 2015 and 2018, Juul sent products to more than 10,000 addresses without verifying the recipients' ages.

Juul isn’t having it — Unsurprisingly enough, Juul is not taking any responsibility for what Healey and others see as an epidemic. In a statement, Juul spokesman Austin Finan said the company hadn't yet reviewed the lawsuit, and added, “Our customer base is the world’s 1 billion adult smokers and we do not intend to attract underage users." It's all good and well to say that, but Juul's marketing campaigns keep telling a different story.