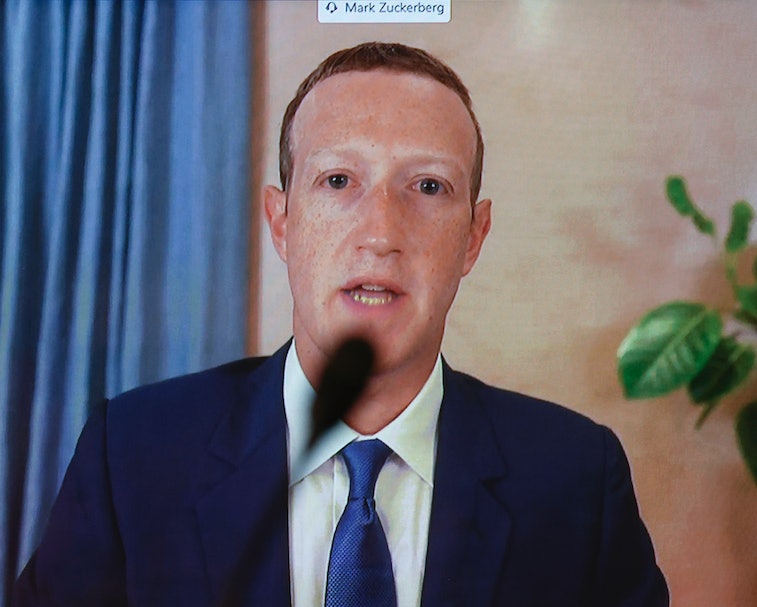 Thanks at least in part to social media firms' unwillingness to police users, on Wednesday countless right-wing conspiracy theorists, QAnon supports, Trumpists, and other opportunists stormed Congress. The uproar led to the deaths of four people and multiple injuries in its wake. The next day, Facebook CEO Mark Zuckerberg held an internal all-hands meeting, in which he called the rioting "an insurrection" and noted that he was "appalled" by the current developments, having earlier taken the decision to indefinitely suspend Trump's Facebook and Instagram accounts. Which is glorious lip service... but about four years too late.

The general expectation was that Zuck would present a cogent strategy for mitigating misinformation on Facebook's network and curtailing the unrest inspired by Donald Trump, but instead, the CEO of the West's most popular social network relied on pre-vetted questions — nothing from the cuff, sorry — and gave the virtual podium to Facebook executives Monika Bickert and Guy Rosen. Bickert and Rosen then proceeded to give prepared statements, according to BuzzFeed News reporter Ryan Mac, and didn't take any questions from Facebook staff.

This meeting comes a day after Facebook announced it would indefinitely suspend Trump's accounts on both Facebook and Instagram. During the meeting, Mac notes, Facebook executives made no comments on the mushrooming of groups and pages that have peddled hoaxes about the 2020 presidential election. These groups, often working under the banner of "Stop The Steal," continue to organize on Facebook without consequence.

Facebook defends conduct — Despite mounting criticism over its failure to ban incendiary posts from Trump and his followers, Facebook executives defended the network's modus operandi citing content moderation and election strategies. "I am very confident," Bickert said, "that we have made the right decisions here." We are very confident that, like his boss, Bickert is merely positioning himself for the prospect of a Democratic-controlled House and Senate that may see fit to break Facebook up.

Rosen, who is the vice president of integrity at Facebook, noted that the company was keeping an eye on the Georgia election and monitored events around it. But he did not explain why rioting groups were allowed to openly organize events on the platform. When it came to the question of how Facebook will handle potential violence and unrest between now and inauguration, Rosen said that there were "more lines of defense" ready but didn't elaborate.

Culpable and carefree — Former Facebook executive Chamath Palihapitiya criticized the company's response to the most embarrassing incident for the U.S. in living memory. According to CNBC, Palihapitiya said that Zuckerberg and his team could have curtailed the issue years ago, but chose not to.

"What I’m thinking to myself is that if I was working at Facebook today, I would be confused, and largely because I would wonder what changed from six months ago, one year ago, 24 months ago and today," he said. "The disinformation was the same, the amount of vitriol that flowed through some of the groups was the same. Their ability to organize was the same. Storm the Capitol existed before they actually stormed the capitol."