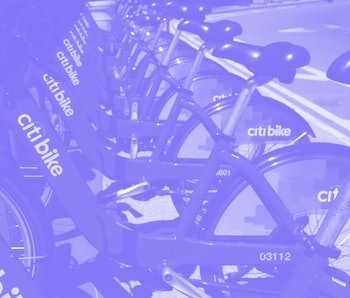 After nearly a year of absence, Lyft’s Citi Bikes are making their way back to New York City streets this week. Lyft’s bikes were removed from the city last year after front break problems led to dozens of user injuries. At the time, the bikes were also removed from San Francisco because of battery fires. Eventually Lyft plans to install 4,000 bikes in the city. Several hundred of the bikes have been installed already.

The return of bike-sharing to NYC will allow for greener transportation — and it will be profitable for Lyft, too.

An exclusive revenue boost — Lyft and Uber have been at constant war over large metropolitan areas for years. Because Uber has been around longer, it’s always had a leg up over the competition. But Lyft has the exclusive on bike-sharing in New York City — other operators, like Uber’s Jump bikes, aren’t allowed in the city at all.

And since NYC isn’t looking to adopt electric scooters like other cities have, Lyft will have successfully cornered the micro-mobility ride-share market in the city.

And it’s good for the environment — Ride-sharing is better than having your own car, but it still contributes to climate change, especially in congested cities like NYC. Bike-sharing encourages much greener transportation than car-sharing. And with the subway as unpredictable as ever, Lyft’s bikes will be a welcome addition to NYC’s methods of transportation.