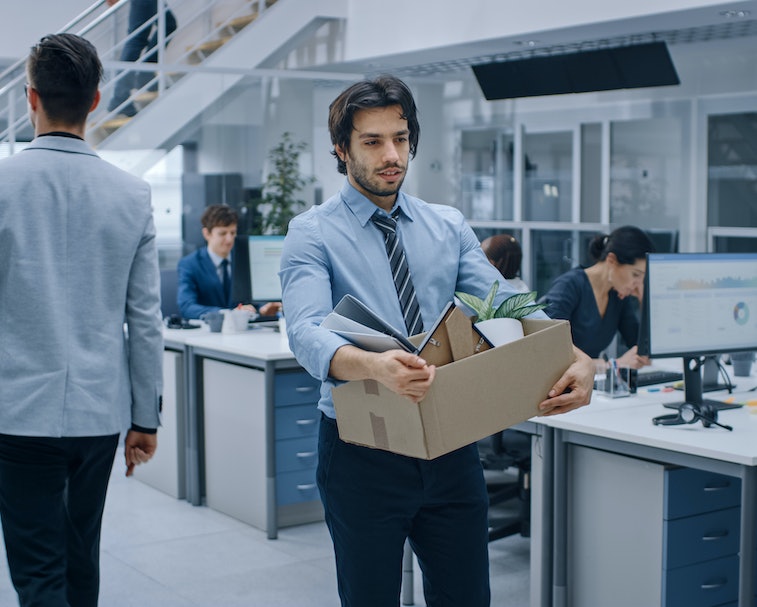 We might be going out on a limb here, but we suspect most people blessed with the opportunity to work remotely during the past year’s pandemic have no strong desire to return to daily commutes, uncomfortable office chairs, and overpriced, watered-down coffee. Of course, there are always exceptions to the rule, so we assume there are a few weirdos out there who are probably beginning to miss their professional workspaces. Hell, maybe some people have healthy work-life balances (what a concept!), and would love to separate those areas again.

In any case, a new line of scented candles allows one to mentally return to their white-collar environs without ever leaving their bedroom or couch. Initially created as a gag gift by Katie Facada and Thibault Gerard for a couple of coworkers at R/GA, a design studio in New York City, the Eau D’Office candle series was such a hit that the six new aromas are available by request for all 650 employees. “Usually it’s somewhere like a tropical island, or a warm summer evening... We felt it would be fun to transport people to a place they never thought they’d long for: the office,” Facada recently explained to It’s Nice That.

An entire spectrum of olfactory options — The Eau D’Office lineup includes relatively pleasant-sounding options like “Warm 96-Page Deck Left on the Printer,” “Afternoon Rush at the Coffee Bar,” and “Thursday Happy Hour on a High Table” alongside the terrifyingly named “Sushi Thursday at the Cafe,” “Room 12F.1 After a 6-Hour Workshop,” and “Breakfast Leftovers in Edit Suite 1.” Candles like “Afternoon Rush” are described as having “an energizing blend of your 3:30PM latte with a hint of brown sugar from the sold out muffin case,” while “Sushi Bar” offers a complex profile of “spicy wasabi meets the zesty cleaning spray of a freshly wiped table.”

Okay, we’ll admit it’s pretty genius — According to Facada, Eau D’Office’s goal was to “marry R/GA’s minimal design aesthetic with the candle and fragrance worlds, to add to the humour and play up the contrast between the sophistication of that world and our scents that were anything but,” which... okay, that’s a pretty funny thesis behind making a bunch of gag candles. Touché, R/GA NY.

Still, we’re not sure what kind of masochist is missing their branch office’s aromatic bouquet of singed toner ink, IT dude hair gel, and two-day-old birthday sheet cake, but to each their own. Nostalgia is a helluva drug.