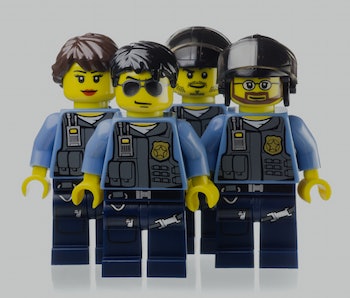 In an email seen by the website toybook, Lego said that — in light of the murder of George Floyd by a Minneapolis police officer — its affiliate marketing partners should stop promoting over 30 kits and remove them from their websites "ASAP." The company in a follow-up told toybook that the kits would remain on sale and that it asked affiliates to only "temporarily" stop promoting them in respect of #BlackOutTuesday, when brands and individuals were encouraged to share content shining light on racial injustice.

Lego also tweeted yesterday that it will donate $4 million to organizations dedicated to supporting black children and educating all children about racial equality.

Brand response to the riots — The moves come as brands grapple with how to respond to protests that have shaken the country and led to mass riots and violent clashes between protesters and police. Many companies paused their social media activity for #BlackOutTuesday, with some taking a stand against police violence and racial injustice by delivering messages of support across their platforms. Nike over the weekend published a video titled "For once, Don't Do It," a play on its famous tagline that urges people to not turn a blind eye to racism.

Affiliate marketers promote a company's products on their websites and receive a cut of sales when a visitor clicks through and purchases the product. Lego typically kicks back 6 percent of a product's purchase price to the website that drove the sale.

Action over platitudes — Critics say that while it's good to see global brands speaking out and showing support with the platforms they have, it's the least they can do — companies also need to take action to stand by the black community and show they won't tolerate racism. The behavior of some is receiving extra scrutiny as they show support for the Black Lives Matter movement. Lea Michele, an actor on Glee, has faced pushback for poor treatment of an African American cast member, for instance. Women's pop culture site Refinery29 blacked out its homepage, but then received criticism for its treatment of black women on its staff.

If companies try and show support without putting in the work, the public will recognize that it's nothing more than an attempt to boost their brands. Lego is at least doing something to address the system of policing that it's made money off of. It's a start.