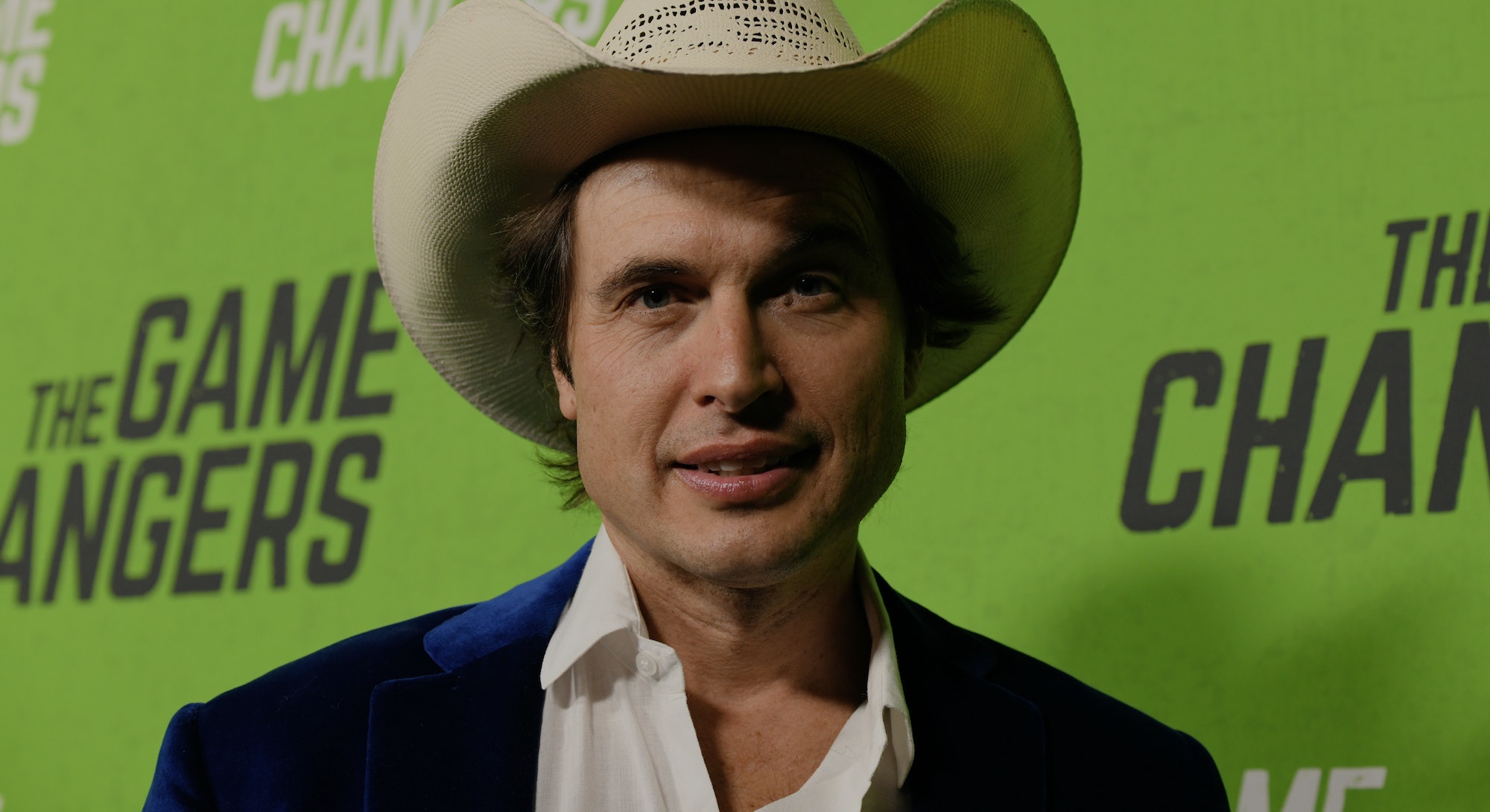 Kimbal Musk and I do not see eye-to-eye on a lot of things.

I knew that already, but this fact becomes abundantly clear during my recent, 50-minute Zoom interview with the brother of you know who. “It’s like talking to my daughter,” Musk says toward the tail-end of our conversation, comparing me to his 19-year-old firstborn. “She wants the world to be communist.”

The South African–born Musk, who is 49 and an avowed capitalist, is speaking to me from his hotel room in Denver, where he’s attending ETHDenver, an annual conference for all things Ethereum.

Musk originally agreed to the interview so we could discuss his experimental philanthropic project, Big Green DAO, which, according to its website, aims to “radically reconceive and restructure grant-making, disrupting embedded power structures by putting nonprofits in the driver’s seat.” It will accomplish said disruption via a secure Ethereum blockchain technology called Polygon Layer-2 formatting.

By the end of our discussion, however, I do not think he likes me very much. This is perhaps fair.

Kimbal Musk is a very rich man — $700 million rich, according to Forbes — but seems nice, which is refreshing considering the vast majority of ultra-wealthy people appear to be sociopathic monsters. He laughed politely at a couple of my lighthearted asides. He is the undisputed do-gooder of the Musk family; his official website describes him as “a chef, restauranteur [sic], and philanthropist” whose “personal mission is to pursue an America where everyone has access to real food.” His trademark cowboy hat is fun and jaunty.

At the outset of our interview, he asks me to describe the publication I write for, my areas of coverage. I oblige, and Musk alludes to having read some of my work, which means one thing: He is probably already aware that I think his brother is the most bloviating, fame-hungry, animal-abusing huckster since P.T. Barnum.

This is never addressed directly. I never mention the brother’s name, and neither does Musk, for that matter. But the brother comes up repeatedly in our conversation. How could he not? The shadow of the brother’s spacecraft looms large over us both.

“Crypto as it stands today is a nonstarter. I violently agree that we have got to fix this environmental issue.”

But first, we discuss the Big Green DAO. Kimbal Musk seeded $1 million to Big Green DAO, $300,000 of which is to be given away this first financial quarter. The initial six-member committee is impressive: a BIPOC- and women-led group of longtime food-justice advocates and organizers.

Every member of the DAO — which stands for decentralized autonomous organization — is allotted a single vote, with the majority determining how, where, when, and to whom grants are awarded. Any organization gifted this grant money is then invited to join the DAO, adding to the committee and, thus, the pool of voters. Musk hopes that the DAO will not only prove infinitely scalable, but provide a more financially secure framework, resistant to fraud and funding misappropriations.

Musk helped the DAO in its nascency but has ceded all future strategic and fiscal decisions to the committee, which the self-described “control freak” says represents a moment of “huge personal growth.”

Despite the Ethereum blockchain’s associations with Ether, Big Green DAO doesn’t involve any kind of cryptocurrency. “I’m violently opposed to anything that has that level of environmental impact,” he avows. “[Crypto] as it stands today is a nonstarter. I violently agree that we have got to fix this environmental issue.”

Instead, he says he is placing his faith — and staking what he says is a sizable financial investment — in Ethereum 2.0. That form of crypto, tentatively scheduled to roll out later this year, is being designed to consume roughly 99.5 percent less energy than regular Ether.

I take the opportunity to ask him if he’s discussed this cryptocurrency issue with his brother, a well-documented fan of Dogecoin. Musk says that his brother is not involved in any way with Big Green DOA, but the two talk “all the time.”

“I don’t even know what his view is on crypto, frankly,” he says. I laugh. Musk doesn’t. “The biggest advice I got from my brother is ‘Be cautious.’”

While I do admire Big Green DAO’s mission, I can’t help but broach the subject of society’s increasing and troubling reliance on a handful of ultra-wealthy benefactors to provide experimental Web3 alms for the poor.

I offhandedly mention that I do not think this global economic structure is viable in the long run, and that it will likely end badly. “It’s a point of divergence. There’s one of maybe two roads we can go down here,” I say, laughing nervously.

“And what are those two roads, in your opinion?” Musk asks, the exuberant tone he used to describe Big Green DAO fading from his voice.

“There needs to be a radical reshifting of how things are operating for [humanity] to have a chance,” I answer. “I do think that the [financial] disparity between people like myself and, honestly, people at the top is so enormous, the gulf is so huge, that it’s not tenable for many reasons. So, I’m curious about this, in that — ”

Musk plans to give away all his money while he’s alive “because it’s way more fun than giving it to the government or doing it after I’m dead.”

Kimbal interrupts: “What people don’t appreciate is the U.S. government is very good at extracting wealth as they build.” He informs me that he is a “big fan of the ‘death tax’ in America,” referring to what he calls “monstrous” estate taxation. “And the reason why is because, while you’re alive, you’re going to be much more encouraged to give money away to philanthropy.”

Musk says he plans to give away all his money while he is still among the living “because it’s way more fun than giving it to the government or doing it after I’m dead.” Nonetheless, Musk swears that he is not opposed to politicians. He simply thinks they are not the best stewards of our money.

I ask him if he gets frustrated by doing selfless work that is often glossed over in favor of the latest developments at his brother’s companies, Tesla and SpaceX. Kimbal serves on both companies’ boards of directors, and owns an estimated 0.04 percent stake in the former. “What people don’t appreciate is we’re not in charge of valuing” companies like Tesla, he says.

“We’re literally not in charge,” he continues. “So, in my case, it’s worth a certain amount of money in my ownership. Okay, I’m going to give it to philanthropy.” He paraphrases the Serenity Prayer before continuing: “I don’t control it. You don’t control it. This is just controlled by the masses.” (A little over a week after our interview, the Wall Street Journal reports that the SEC is investigating whether the Musk brothers violated securities laws when selling Tesla shares.)

I offer that “the masses” often aren’t the best barometer for abstract valuations, especially when blindly following what certain wealthy “experts” advise. This is when he compares me to his daughter, the communist.

“I’m like, Okay. [Communism] doesn’t mean that there’s a lot of wealth to go around,” he says. “It just means that there isn’t wealth.” He mentions George Orwell’s Animal Farm. “There’s another version of wealth that turns into political power instead of money… and it’s pretty ugly, you know?”

“I do know other people are obsessed with wealth,” he says. “And that’s not me. And it’s not my brother. It’s boring.”

Musk then quotes Winston Churchill’s ditty about democracy being the worst form of government except all the others. “Yeah, there’s a lot of things wrong with things, but it’s not about what’s wrong with it,” Musk says. “It’s about, What are the alternatives? I think that America does a pretty good job, actually.”

I try returning the conversation to the cavernous, and demonstrably growing, disparity between the haves and the have-nots in America.

“So I grew up in Africa, where there’s real poverty, right? If you have to choose between poverty and inequality, you will choose inequality every moment of the day. So just know that,” he says, letting the last sentence linger in the air.

“In America, it’s a high-class problem to be working on inequality. And we should, and we are, [but] the government’s been incredibly generous in terms of putting money into people’s pockets — of course, that’s because of COVID and so forth. But that’s trillions of dollars, and that’s going to be paid by wealthy people. That’s not going to be paid by the working class. And that’s okay.”

While it’s okay with Musk, I point out that his generous spirit is not shared by the majority of people in his social circles. It’s here that Kimbal brings up his brother, not me: “I believe he’s paid more taxes than any human in the history of America. Literally. Which is amazing. So I don’t really understand your point.”

(I learn after our interview that his brother paid for an estimated $11 billion tax bill by selling a chunk of shares in Tesla — stock options that were set to expire later this year and potentially could have been taxed at a higher rate. I also learn that Kimbal’s brother doesn’t take a salary from his role as Tesla technoking, instead borrowing against his stock options, a strategy many argue is an easy tax loophole for the super-wealthy.)

Kimbal continues. “But I do know other people — that I don’t know that well — are obsessed with wealth,” he says. “And that’s not me. And it’s not my brother. It’s boring.”

“Do you really think your brother has a sense of… I mean, he’s the wealthiest man in the world, right? That was just an accident?” I sputter. “He has to have some interest in that sort of thing?”

“But — you know this — he has paid more taxes than any human on the planet in the history of America,” Musk reiterates. “I just want you to acknowledge that you know that.”

I can only nod, but I don’t think it’s enough for him. All I have at the moment is my facial expression, which clearly does not convey the proper amount of respect for men like Kimbal Musk and his brother. I don’t know if there’s anything that would.

“I’m just trying to get inside your head here — and I hope that this doesn’t become the quote of the article, that’d be depressing — but I just think that you’re totally wrong,” Musk says with what sounds like a hint of parental disappointment. “But I also respect people having their opinion.”

He cites how controversial his brother’s stock sale was late last year and the ensuing criticisms from some politicians. “Like, for example, who’s your favorite politician? Sen. Warren, or AOC, or — ” I offer the saddest smile I have ever given in my life and tell him that lately I’ve found myself pretty burned out by everyone. He says he sympathizes with that sentiment.

We politely attempt to transition back to discussing Big Green DAO and how promising it sounds. I tell him I’m excited to see the good it will do in the world of food justice, and I am. Really, I am. Musk says that he has talked to at least six unnamed “very wealthy people” out there who have expressed interest in contributing to the experiment.

Musk remains cordial until the end and chalks our interview up to a “very good political discussion.”

“You remind me of my daughter, and hopefully I didn’t upset you,” he adds. I promise that he hasn’t, and wish him luck at the rest of the ETHDenver conference.

The Zoom chat closes, and I check my phone. At some point during my interview with Musk, I received a text from my girlfriend from our living room, where she’s working after hours to help support the both of us.

“Are y’all fighting?” the message reads.