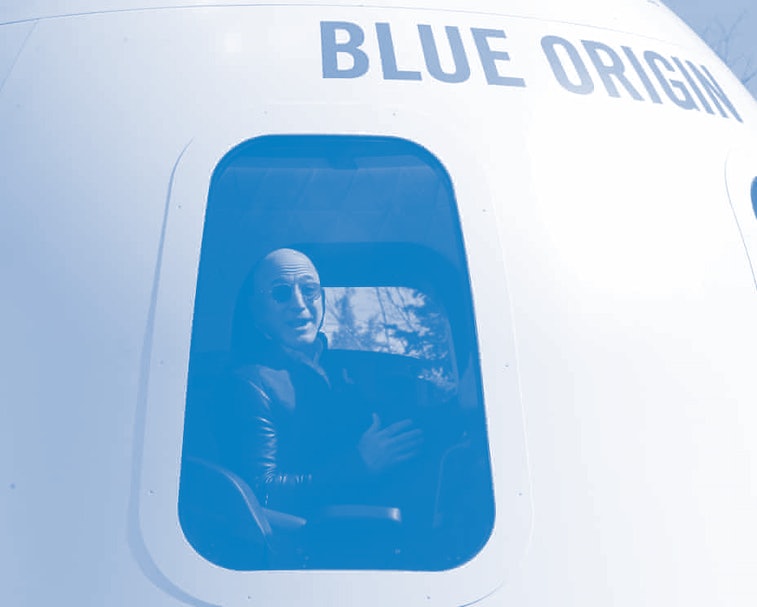 Jeff Bezos and his younger brother, Mark, are heading to space next month. They’ll be passengers on the debut flight of the New Shepard, the first rocket created by his company Blue Origin, just six months after the company ran its first successful test flight.

“Ever since I was five years old, I’ve dreamed of traveling to space,” Bezos wrote in an Instagram post announcing his participation. “On July 20th, I will take that journey with my brother. The greatest adventure, with my best friend. #GradatimFerociter.”

(That hashtag at the end is Blue Origin’s motto: “Step By Step, Ferociously.”)

Notably, Bezos’ flight into the great unknown will take place just 15 days after he officially steps down from his 27-year tenure as Amazon CEO. Launching yourself into space is certainly a privileged way to celebrate that departure.

Unless Elon Musk manages to hitch a ride on one of SpaceX’s many rockets by July 20, the Great Billionaire Space Race is essentially over. Though, for now at least, only one other rich person will join the Bezos brothers in orbit — so ol’ Musky does still have a chance to catch up on the whole space tourism thing.

The internet wants him gone — Jeff Bezos is very excited about leaving the planet. The rest of the internet is also very into this idea, though maybe for different reasons.

Bezos has been a divisive figure for a long time, but his continued profiteering as a byproduct of a devastating global pandemic has really left a bad taste in the mouths of many. Death wishes are now the norm for Bezos. No wonder he’s ready to leave the planet.

The chances of Bezos actually getting stuck up there are slim, though. The New Shepard’s first flight will last just about 10 minutes, hitting a max altitude of about 66 miles above Earth.

Is this the future? — The Bezos brothers’ place on the New Shepard is a taste of what space tourism will look like for the foreseeable future. Early estimates put Blue Origin tickets somewhere in the realm of $200,000 — so, yes, it’s for rich people only, and that’s not changing any time soon.

Blue Origin has technically been around since 2000, but it’s only in recent years that Bezos’ space company achieved liftoff. For the most part we’ve been watching Musk’s SpaceX leading the race to colonize space — Bezos kind of just swooped in and stole the crown. Blue Origin even has the explicit green light from NASA for its space exploration activities.

It’s unlikely, in our lifetimes at least, that either Musk or Bezos will bring space to the masses. Rich people: they’re just like us, except with the option to fling themselves off the planet any time they please.