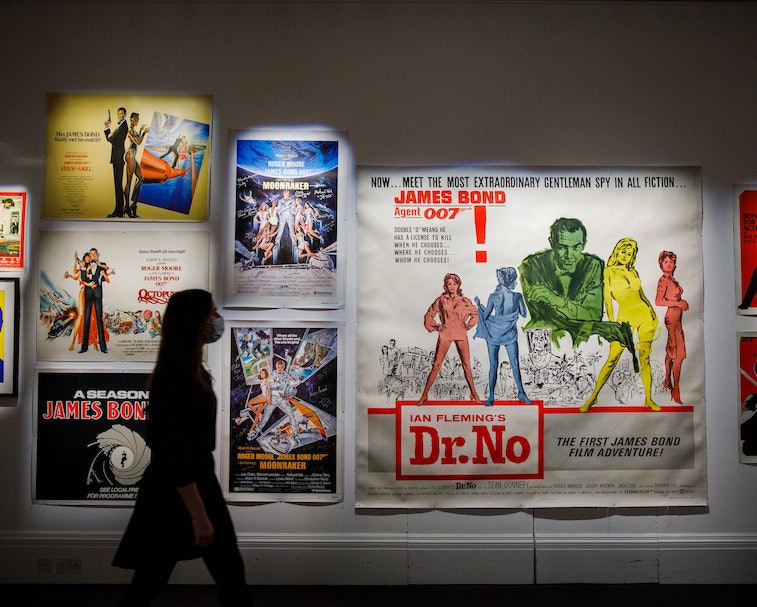 Fans of car chases, global espionage, cool gadgets, and casual misogyny are in for a real treat today: The first 19 James Bond films, ranging from 1963's Sean Connery-starring Dr. No to 1999's Pierce Brosnan-helmed The World is Not Enough, are all currently available to stream free of charge via YouTube and MGM. While Daniel Craig's Bond outings didn't make the cut, that's still dozens of hours' worth of 007 action, just in time for the holiday season.

It's somewhat unclear why the Bond entries suddenly (and surprisingly) made their way onto the video site, although it might have to do with the recent death of Sir Sean Connery back in October. But while that would be a thoughtful gesture on MGM's part, the more realistic explanation comes from the studio having to push back its latest James Bond release, No Time to Die, until sometime next year due to COVID-19. This, of course, is also assuming the company doesn't take a cue from Warner Bros.

Until then, at least fans needing their fix of wanton explosions, British mannerisms, and Aston Martin abuse can tide themselves over thanks to YouTube. In the meantime, how about learning to live like a spy, though? Because you probably should.