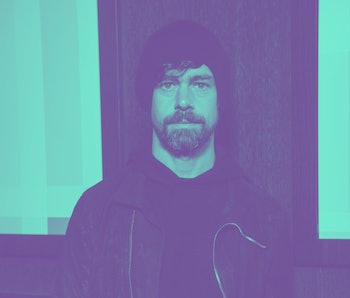 After weeks of rumored shake-ups at Twitter, a deal has been reached to keep things mostly status quo. The activist investor group behind the push for change, Elliott Management, has been hoping to push Jack Dorsey out as Twitter’s CEO. But Dorsey will stay as CEO for now as part of the deal.

As part of the deal, Twitter has committed to buying back $2 billion in stock. The deal also introduces a new Twitter board member from Elliott management and another from an investment firm putting in half the money required for the buyback.

Dorsey won’t be CEO forever — Though Dorsey won’t be booted from his pedestal just yet, Twitter has come to realize he won’t be able to run the now-massive tech company forever. As such, the new board members and three existing ones will together be reviewing something called “the CEO succession plan.” No details of this planning have been released, but the group hopes to share its findings sometime this year.

Maybe this is why he canceled his trip — Dorsey has seen some heavy criticism in recent months for the lack of time he spends at Twitter HQ, especially since he was set to spend something like half a year wandering around Africa doing a whole lot of nothing. Or, as he says now, “learning.” Now Dorsey says he’s re-evaluating his decision to do so. It’s likely this has something to do with how unhappy investors have been with Dorsey’s command of Twitter.

It looks like Dorsey is sticking around for now after all, even though other investors’ interest seemed to pique at the chance to oust him. At least Twitter is evaluating what its future might look like once Jack is gone.