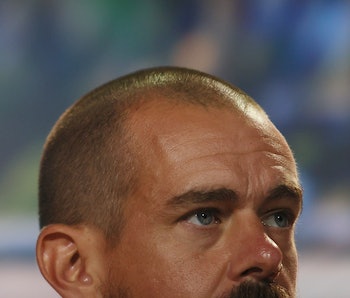 Jack Dorsey — Twitter co-founder/CEO and “guy at the party who won’t stop yammering about the hash oil he bought on the dark web” — is stepping down from his role at the social media behemoth. The information first leaked from sources speaking to CNBC earlier this morning, but was soon confirmed by Dorsey on Twitter. The ex-CEO posted a screenshot of his internal email announcement, which promises major shakeups coming to one of the internet’s largest hellholes for misinformation, toxic discourses, and occasionally very funny memes.

Staying on the board until Q2 2022 — The email confirms that Twitter’s former CTO, Parag Agrawal, will step up to fill Dorsey’s position immediately. Dorsey explained that he will remain on the executive board until around May of next year, at which point he will step down entirely, saying that he believes “it’s really important to give Parag the space he needs to lead,” adding that he also feels “it’s critical a company can stand on its own, free from its founder’s influence or direction.”

Following over a year of friction — The news comes after years of pressure from Twitter stakeholders for Dorsey to step down from his longtime role, alongside Dorsey’s increasingly diehard fawning over all things Bitcoin. Although Twitter’s board decided their CEO could remain in his position back in November of last year, it was very clear they were still not happy with his management style, not to mention the image of him fronting two publicly traded companies.

If we had to guess, we’d say he’s probably planning to further pursue crypto and other decentralized internet projects. We’ll update on any more announcements from “Tyrion Lannister after a 36-hour rave” as they come. Meanwhile, Agrawal will be facing some immense pressure from Twitter’s board to realize their lofty ambitions of both reaching “315 million monetizable daily active users” and doubling their annual revenue numbers by the end of 2023.