“Twitter is funding a small independent team ... to develop an open and decentralized standard for social media.”

Jack Dorsey, on his hopes to decentralize social media and Twitter 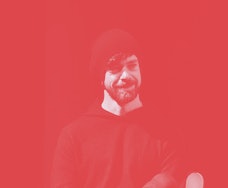 Jack Dorsey is trying to offer alternative models for social media services by way of a new project, Bluesky. Dorsey announced this decision on Twitter on Wednesday, noting that his plan would involve a team of independent researchers who would ultimately drive a decentralized vision for social media platforms, including Twitter.

What Dorsey says — "Twitter is funding a small independent team of up to five open source architects, engineers, and designers to develop an open and decentralized standard for social media," Dorsey tweeted on Wednesday morning. "The goal is for Twitter to ultimately be a client of this standard."

Sounds good but… — These goals sound positive, in theory at least, but Dorsey’s track record of handling network issues like moderation missteps, misinformation, and abuse doesn’t exactly inspire confidence in the average user. This is on top of the fact that decentralized models for social media have yet to witness mainstream acceptance.

One of the reasons why Twitter is aiming for a more decentralized MO, Dorsey tweeted further in his thread, was that "centralized enforcement of global policy to address abuse and misleading information is unlikely to scale over the long-term."

Fighting Twitter’s rage cycle — Another reason to move toward decentralization is that it could help networks opt for alternatives to recommendation algorithms, he wrote. Plus, the Twitter CEO said, he wanted Twitter to move from outrage and controversy to a place “which informs and promotes health.”

For now, Bluesky sounds like a research project and it could take years for it to materialize into an actual platform(s). In the meantime, Dorsey should seriously focus on fixing the myriad of problems his existing platform has.

This article was originally published on Dec. 12, 2019