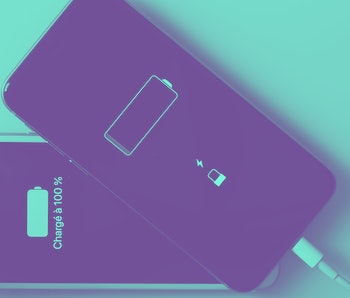 Remember batterygate? Apple’s confirmation of its purposeful slowdown of devices with older batteries and subsequent $500 million settlement was less than three years ago, but that’s about an eternity in internet time.

That settlement is finally coming to fruition. You can now claim your $25 stake in the settlement if you experienced the slowdown issue brought up by the lawsuit.

Apple has apologized for the performance issues caused by this whole ordeal, and it even offered low-cost battery replacements for those affected. The public outcry caused by the slowdown was some of the worst criticism Apple has faced in recent years.

Apple would probably rather you forget about the whole ordeal; the company hasn’t exactly made it a point to announce the claim website to the public. But hey, 25 bucks is 25 bucks, right?

Who’s eligible? — There’s a pretty good chance you’re eligible for the claim if you owned an iPhone 6 or 7 around 2017. Here are the specifics from the settlement website:

In order to be eligible for the check, you’ll also need to submit your claim before October 6, 2020.

There’s just one catch — In order to claim your stake in the settlement, you’ll need to prove your eligibility. And that means providing the serial number for the iPhone in question as part of the claim.

Your serial number is easy enough to find if you still have that old iPhone lying around: just head to Settings —> General —> About and copy the number down. The serial number is also printed on the original iPhone box, if that’s been gathering dust in your closet.

If you’ve done a better job of cleaning house and don’t have either the device or its packaging, the claim website does have a search function that will attempt to locate your serial number based on your Apple ID and address. We’re not sure how well that search works, though. If you can't find your serial number... well, you're out of luck on this one.

When will I see the check? — Not for a few months at the very least. The fairness of the case will be tried in court on December 4, at which point the final settlement amount will either be approved or denied. So you’ll be looking at an extra $25 around the holidays, if all goes well.