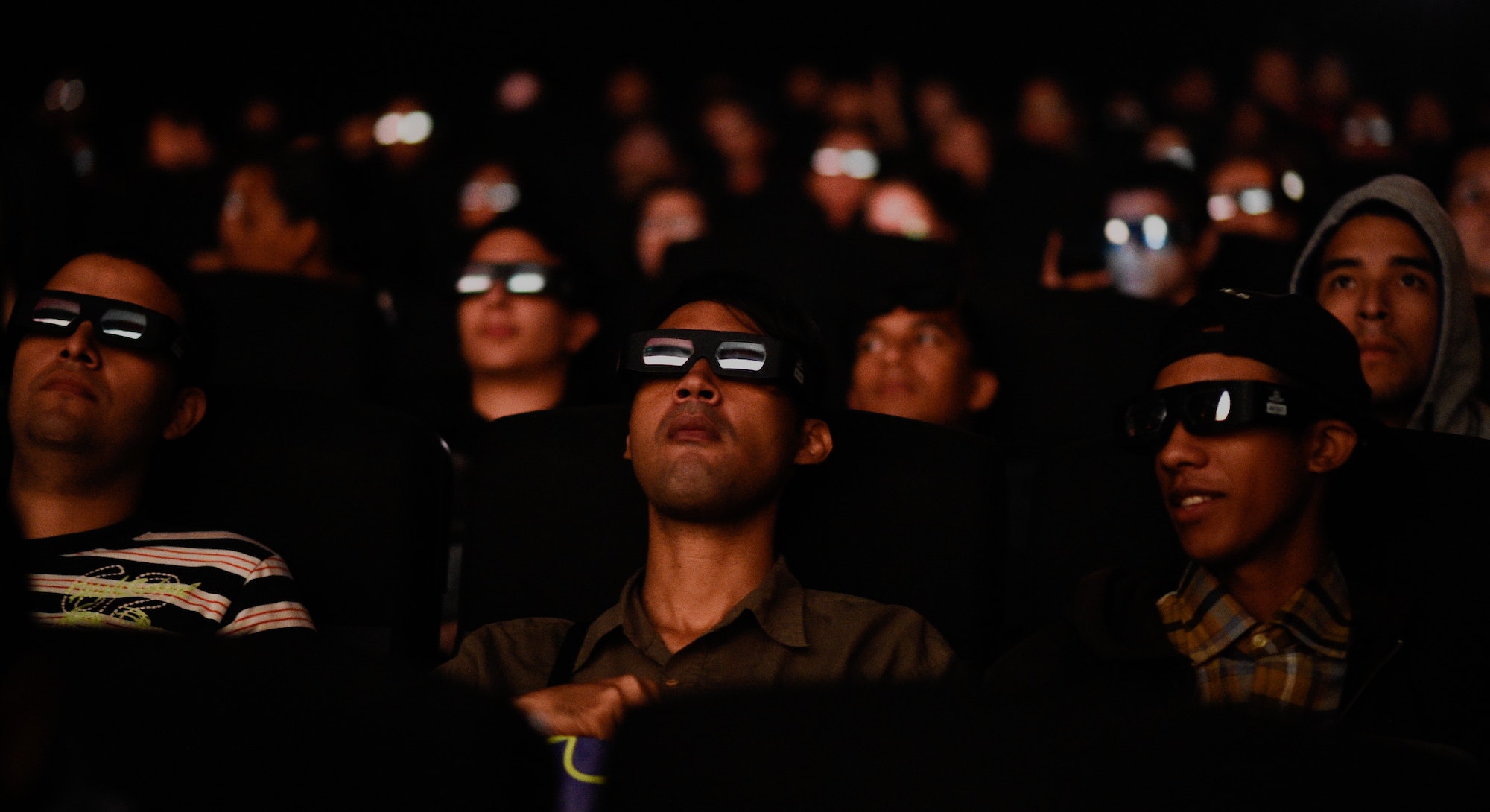 Movies are, by their very nature, good.

Movies are one of the best things to have happened to the human race, probably ranking right up there in the top 5 with eating, sex, indoor plumbing, and music. We’ve probably all had formative experiences in one way or another around movies, and for many of us those experiences took place in a classic multiplex, surrounded by other like-minded film fans.

But over the last two decades or so, the movie-going experience has been degraded by turns, both in terms of the physical reality of packing hundreds of people into a shared experience with a world of increasing distractions, and in the quality of the “blockbuster” fare being peddled by studios. This pandemic has made us all take a long, hard look at what has really been working for humanity and what hasn’t, and I think the theater experience — at least the massive, multi-screen one we’ve been living with — might be dying at just the right time.

There are myriad contributors to this realization. For me, it starts with the basic reality that a truly epic film-watching experience can now be had in your house, with all the big-screen bombast and overwhelming audio that theaters have long touted as their domain alone. A fairly cheap, big-screen 4K TV, and an accompanying surround sound setup will put you right back in the theater recliner, except you have full control over the experience. Whether that means being able to pause for bathroom and snack breaks, having the option to just switch the film if you don’t like what you’re seeing, or being able to return to something over a period of time, watching at home can not only be as good as watching in a theater — it can be better.

The other aspect of home viewing that can’t be understated is the fact that you get control of the audience around you. I can’t count the number of times a great movie has been ruined by a bad audience for me, or the number of weird, combative encounters I’ve had to have by telling strangers to quiet down while we’re in the middle of the movie. Now, I have had experiences in the theater where everyone was on the same page, and it created an uproarious time — I’m reminded of seeing Halloween: H20 on the big screen with a crowd that all seemed to agree that talking, joking, and yelling would be totally fine for this experience — but that has been few and far between. More often than not, a good film watching experience becomes a frustrating one because let’s be real: everyone has their own idea of right and wrong ways to watch a movie, and an hour into a blockbuster isn’t the place where you’re going to have that debate.

There are times when you want that shared experience, but as companies like Amazon and Disney start to explore group watching, I think we’re going to get to a much better place where we can choose our group, no matter how large or small, and still be able to have those moments of surprise, shock, and drama that makes going out to see a movie with a group of friends or family so damn good.

The other side of this argument is about the films themselves — the way increasingly big-budget, story-light movies have become the de-facto experience in most theaters. For most movie-goers, story-driven dramas or more challenging fare has been pushed aside, and studios are building a growing catalog of movies that cost hundreds of millions of dollars to make, with the expectation that the takehome will be in the billions. That means we’re dealt a lot of pap in between the truly successful franchises like Avengers or Fast & Furious. I’m not saying those movies are “good,” but they’re good in the way you expect a big-time blockbuster to be good. Since everyone is competing to find the next superhero saga they can turn into a decades-long money train (hello DC universe), a lot of good, interesting, important movies are getting pushed to the margins — or not getting made at all.

That means the space for new voices, new ideas, and new ways of telling a story is increasingly in short supply at your local multiplex. And that sucks.

It would be easy to write this all off as a side-effect of our current situation in the world, but the truth is that theaters and studios have been fighting a hard battle for years now. Long before a pandemic changed how we lived, bad experiences, rising ticket prices, and expanding choice for consumers was making things increasingly difficult for an industry that once held a tight grip on its audiences with exclusive content and experiences.

So maybe it’s time to let the old ways die. Maybe it’s time to rethink how we deliver movies to audiences — maybe it’s really time to think about how we get first-run movies direct to the consumer, in a way that’s good for studios and good for film lovers. Would Tenet have been a more successful film if we all could have paid a premium to watch it on opening day? The numbers suggest yes.

The other upside we may discover in this moment of change is that truly great movie-going experiences — the kind more niche theaters like the Alamo Drafthouse provide — will be able to rise to greater prominence. We’ve already seen the resurgence of drive-in theaters — a fascinating way to see a film that had seemed long dead. We’ve been doing the same thing for so long that it’s possible the idea of true innovation from theater owners and studios has just simply been dormant (or half-hearted). About ten years ago, everyone who owned a theater or made movies thought a gimmick like 3D was going to save film — but the truth is that we shouldn’t try to save a bad experience with smoke and mirrors. We should rethink how that experience can better fit in the lives of the people you’re trying to entertain, and then build a new world based on what they want.

Maybe the answer isn't an end to the theater we know and love. Maybe this is a chance to figure out what the theater of the future should be. There's still a place for big crowds and expensive blockbusters, but we shouldn't go back to business as usual once we're all able to safely jam ourselves into a 100+ seat moviehouse.

If the studios and theaters can get this right, having been handed a big reboot out of the blue, it may turn out to be the greatest second act that any of us have ever seen.