“The sheer scale of IA’s infringement described in the complaint — and its stated objective to enlarge its illegal trove with abandon — appear to make it one of the largest known book pirate sites in the world.” 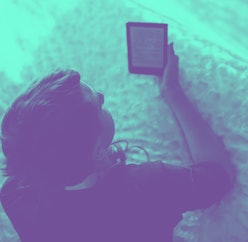 The Internet Archive's National Emergency Library is finished. The non-profit repository for digital preservation, which began offering millions of e-books for free to address the closure of libraries during the pandemic, buckled under a joint lawsuit filed by major publishers including Penguin Random House and HarperCollins. Publishers said lending out books without compensation was "mass copyright infringement." The digital library will close next week.

The archive of books was initially invite-only and only allowed a given file to be downloaded a limited number of times at once, with each rental limited to 14 days. But then the pandemic hit and libraries closed, so the Internet Archive responded by making all the books accessible to everyone, with no limits.

It's like a library, except not really — The fundamental issue isn't lending out books — that's what libraries do, after all. Even before the pandemic, the problem was that libraries pay royalties to publishers in order to lend out their books under negotiated terms, while the Internet Archive didn't pay anything. It scanned books manually and then began offering them to anyone who wanted to download them. While the intention might have been good, it turns out publishers weren't feeling that generous as to give up so much revenue, even during the unique circumstances we're living under.

“IA scans books from cover to cover, posts complete digital files to its website, and solicits users to access them for free by signing up for Internet Archive Accounts,” stated the Association of American Publishers when it filed its lawsuit. “The sheer scale of IA’s infringement described in the complaint — and its stated objective to enlarge its illegal trove with abandon — appear to make it one of the largest known book pirate sites in the world.”

Most of the Internet Archive's content is open source or in the public domain, meaning it doesn't need to pay anyone, but it also argued that its designation as a "digital library" gave it cover to conduct the book lending it was doing. It must have decided that the argument would fly in court.

The Internet Archive is still good on balance — The Internet Archive has long served as an archive for digital preservation, saving copies of media that might otherwise disappear into the ether. Its most well known for its Wayback Machine, which crawls the internet and takes snapshots of websites so that people can revisit them even after the sites goes offline. It also stores digital copies of video, like old VHS recordings of MTV from the 1990s.

Old physical media decays over time, and website owners eventually stop paying their hosting bills, so the Internet Archive does a good service protecting creative works from disappearing forever. But it's also not hard to sympathize with publishers here. Book publishing is not a lucrative industry, and it's especially hard to compete for attention these days with people distracted by new forms of media like podcasts and e-sports.

Thankfully libraries around the U.S. are slowly starting to reopen, so anyone who relies on them shouldn't need to wait much longer. You already pay for those books in the form of taxes, you might as well take advantage.