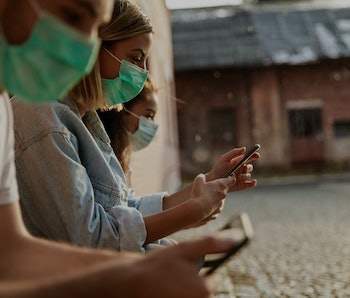 Back in June, amid the peak of Black Lives Matter protests around the murder of George Floyd, Instagram made some big promises about changes it would be making to “ensure Black voices are heard.” Yesterday the company’s head, Adam Mosseri, posted an update about the platform’s progress on those promises. Spoiler alert: not much progress has been made.

“We have a responsibility to look at what we build and how we build, so that people’s experiences with our product better mirrors the actions and aspirations of our community,” Mosseri writes. “This is by no means comprehensive, and we have a lot more to do, but I’m going to share regular updates so our community knows that this work is important and ongoing.”

Mosseri’s willingness to share “updates” is admirable; it’s just not clear why the company’s progress has been so very slow.

The updates in question — Mosseri separates his updates into a few key sections. He begins with the new “Instagram Equity” team, which is focused on “better understanding and addressing bias” in Instagram’s product development and experiences on the app. Apparently not much has happened on this team yet — Mosseri doesn’t say much beyond acknowledging its existence.

Mosseri then moves on to address harassment and hate. He mentions new policies, like the one recently enacted to finally (finally) explicitly ban blackface and anti-Semitic stereotypes. He says Instagram is continuing as well to prioritize the removal of content that violates its hate speech policies.

Lastly, Mosseri says the company is attempting to be more transparent in its censorship policies around what can or cannot be included on the app’s Explore page.

Lots to be done — If there’s any single takeaway from Mosseri’s update, it’s that not all that much has changed yet. He states multiple times that the company’s equity work “will take time,” and taking time it certainly is.

Since Instagram’s pledge to make company-wide changes in June, we’ve seen the incredibly damning results of Facebook’s two-year deep civil rights audit, proving that both Facebook and Facebook-owned Instagram are not at all equitable. Creating a team dedicated to righting these wrongs is a great first step — but Mosseri’s update makes it clear that this team hasn’t made much progress in the three months of its existence.

Instagram may not find itself the subject of quite as many scandals as its parent company Facebook, but the platform is still rife with problems of its own. Transparent progress reports are a necessary part of the platform’s rehabilitation — but it would be really nice if there was much progress to share in those reports.