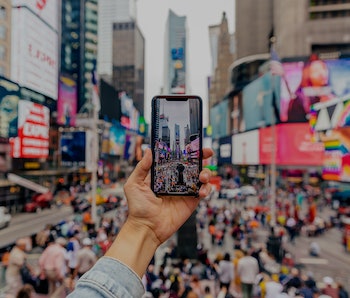 Former Facebook executive and now head of Instagram, Adam Mosseri, isn't satisfied with Reels yet. In statements recently shared with Verge's Decoder podcast, Mosseri admitted that the video feature launched to compete with TikTok is struggling.

Launched last year, Reels was supposed to beat TikTok at the viral clip game. But confusion around its purpose, feature suite, timing and just TikTok being plain addictive left Instagram lagging in the race. Pretty far behind.

That went kaput — Forgive the pun but Instagram had plans to use its new video tool to ultimately leave TikTok reeling. It didn't work. Back in August, the social media platform owned by Facebook released its Reels not only in the United States but around the world.

It was clear that Facebook was trying to take advantage of the political scrutiny surrounding TikTok over its Chinese ties. Donald Trump's administration wanted to block the platform while American security officials viewed the app with apprehension and disapproval. It was almost immediately obvious that then-newly launched Reels was highly similar to TikTok.

You could shoot a video, edit it, add any type of music to a Reel (as long as it is available in the Instagram library), and launch it in a massive catalog of Reels from other users. The only difference between a TikTok clip and a Reel was that you only had a window of 15 seconds for a Reel while TikTok let you record for up to a minute. At the time, according to the Washington Post, Instagram's product chief Vishal Shah even said that TikTok was doing "amazing work" with its video clips. But Shah made a point to note that the rival did not create the short viral video phenomenon.

What happens now? — Shah gave that reluctant praise in summer last year. Now it's January, 2021. Clearly, Reels isn't doing what Mosseri wanted it to achieve. And even with the comments he shared on Verge's podcast, it's not exactly clear which direction Mosseri wants to go from here. He did say he wanted Instagram to focus on "simplicity and craft." And that's not a bad idea, to be frank. Consolidating Reels with other video features might help Instagram users better understand and experiment with the tool. Right now it's just a cacophony on an already cacophonous platform where cutting through the noise feels impossible.