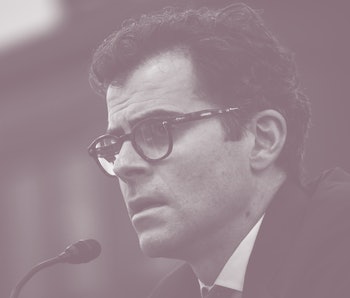 Pavni Diwanji is leaving his post as VP of youth at Meta, the company has confirmed. Diwanji oversaw the creation of Meta’s Instagram for Kids app, a project the company has halted indefinitely following intense backlash from internet watchdogs, lawmakers, and the general public.

Otway went on to claim Diwanji’s departure is part of “a few organizational changes” at Meta. She also affirmed that one of Meta’s top priorities continues to be developing kid-safe Instagram and Facebook experiences.

The Instagram for Kids app is still on indefinite hiatus, Otway confirmed, though Instagram head Adam Mosseri will take over Diwanji’s leadership for the time being. Mosseri also faced personal backlash last year after comparing Instagram safety to car safety.

While neither Diwanji nor Meta have been forthcoming in revealing why the former VP is leaving the company, it’s not exactly difficult to estimate her reasoning. The effect of Instagram — and Facebook, for that matter — has been a topic of heated contention for Meta over the last year.

Who would want to touch this? — Diwanji first began at Meta in December 2020, fresh off a brief stint at Intuit. Before that, though, she worked as a VP at Google, overseeing various teams including one dedicated to products for kids and family — like YouTube Kids, for example. The perfect person to lead Meta’s own foray into kid-friendly content, really.

But the Instagram for Kids project was doomed from the start. The idea leaked in March 2021, just months after Diwanji’s hiring, and immediately turned toxic, as advocacy and public health groups urged Meta to ditch the project entirely.

Jump forward about half a year and you’ll find Frances Haugen leaking thousands of internal Facebook documents detailing research it’s conducted into its platforms’ toxic effects on teenagers. In hearings that followed Haugen’s disclosures, Facebook repeatedly failed to convince lawmakers it could protect its youngest users from harm. Instagram CEO Adam Mosseri made a valiant attempt, too, though he refused to say Instagram was willing to shut down the Instagram for kids project completely.

A swiftly spreading concern — In the year since the Instagram for Kids idea first leaked, the topic of kids’ safety across all social media platforms has spread with intense speed. Lawmakers have introduced new bills meant to protect children (like the Kids Online Safety Act) and accelerated development of others.

Where Instagram (and, more largely, Meta) goes from here is anyone’s guess. For now, Mosseri will lead kid-focused initiatives, which doesn’t exactly inspire confidence. (“We know that more people die than would otherwise because of car accidents, but by and large cars create way more value in the world than they destroy,” Mosseri once said of Instagram.) Instagram for Kids isn’t dead yet; there’s still plenty of space for it to cause safety scandals in the future.