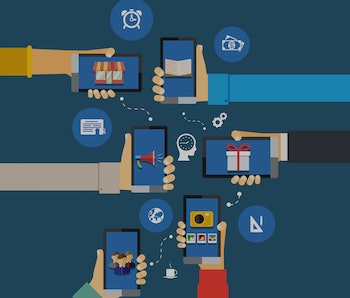 How do you like your news? While many worry about and lament the state of print media, social media seems to be thriving as far as spreading news (and misinformation) goes. According to the 2020 Reuters Institute Digital News research report, the use of Instagram as a news source among young people has shot up since 2018.

When it came to U.K.-based 18 to 24-year-olds, almost a quarter of the participants said that Instagram was their primary news source. The app was never intended to be a news hub, but it now acts as one, in addition to being its regular influencer-riddled, fraud-plagued, horny-bot-laden cesspit self.

We read it but we don't trust it — What's noteworthy about the research is that while almost a quarter of its young participants said that they used Instagram as a news source, only 26 percent said that they truly trusted the platform to be authentic and reliable for information about world events. It's almost the same percentage that expressed confidence in the veracity of news gleaned from WhatsApp or Facebook Messenger. Interestingly and reassuringly, the public image of government news outlets remained fairly healthy. At 59 percent, participants expressed trust in either government or traditional news outlets.

Instagram versus Twitter — According to the research, Instagram is only one point behind Twitter when it comes to users relying on it as a news source. Luckily, the majority of respondents still seek official opinion and expertise from trained scientists and medical experts when it comes to life-threatening issues like COVID-19. Researchers hypothesize that if public interest and focus on Instagram continues to grow, it could soon replace a giant like Twitter in the information arena.

What is it about Instagram? — It's hard to specifically point out why Instagram is enjoying a burst of growth right now, but it's possible that the element of visuals (tons of videos, GIFs, Boomerang uploads) grab users' attention and manage to hold it even when the information being conveyed is serious (think The Washington Post's simulations on social distancing).

Journalists, be warned — As BBC media editor Amol Rajan notes, the public gravitating to Instagram could spell trouble for mainstream journalists. "Reuters shows the remarkable growth of Instagram as a news source, which makes Facebook's purchase of it look ever more like one of the greatest bargains in history," Rajan says.

"If, as the authors predict, Instagram overtakes Twitter next year that might be the moment for journalists to finally realize that the latter, though their favored platform, resembles public opinion less and less."