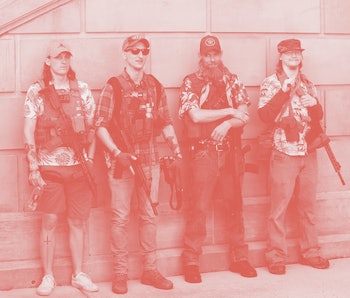 Nick Clegg, Facebook’s VP of global affairs and communications, published an open letter today on both Facebook’s Newsroom site and AdAge entitled “Facebook Does Not Benefit From Hate.” The letter attempts to argue that Facebook’s ongoing and well-documented problems with hate speech are in no way related to the company’s profits. It's damage control. But it's also a lie.

Though it never mentions the campaign by name, the letter is undoubtedly a response to the Stop Hate for Profit boycott, which calls for companies to pull their Facebook and Instagram advertising for the month of July. Dozens of major advertisers have committed to the boycott, which is a response to Facebook’s continued failure to control hate speech and misinformation on its platforms.

Ultimately, Clegg’s letter reads as a brash attempt to circumvent Facebook’s failings by playing the victim. It's also a classic Facebook play. Instead of accepting responsibility, Clegg's letter suggests Facebook and its policies aren't the problem. The problem is society and how it chooses to use the platform.

But hate does thrive on Facebook, and it’s the company’s lax policies and unfettered greed that allows that to happen. And, whether it wants to admit to it or not, allowing hatred to flourish makes it money. It ran paid ads for a gun-toting Republican outright calling for violence. That's financially benefiting from hate.

Saying things are good doesn't make it so — Clegg chooses to focus his letter on Facebook’s accomplishments as he sees them. In doing so he fails to recognize the platform’s many, repeated, ongoing shortcomings.

None of these "accomplishments" actually speak to the problem at hand, which is Facebook profiting off hate speech. Nonetheless, they take up about two-thirds of Clegg's letter. Because if it can't refute the claims, perhaps it can distract from them.

Hate is good for Facebook's business — Clegg wrote this letter in response to widespread anger that the company continues to take money in exchange for hate-filled, divisive advertisements. And yet Clegg does not back up his rebuttal of this claim with anything other than a list of unrelated “accomplishments.”

Facebook loves to remind us of all the hard work it’s doing to “control” hate speech. Most recently, the company published a report about how it’s finally banning hateful Boogaloo-related content. But the actual extent of these takedowns never matches up with Facebook’s claims. Despite designating the Boogaloo movement “a dangerous organization,” Facebook continues to accept money in return for Boogaloo-related ads.

It’s clear that the Stop Hate For Profit campaign is fulfilling its purpose — so much so that Facebook has gone into damage-control mode. That's something the campaign can be proud of.

Clegg closes his letter by stating: “We may never be able to prevent hate from appearing on Facebook entirely, but we are getting better at stopping it all the time.”

In some respects he’s right — Facebook can’t stop the general public from posting whatever they’d like, including hate. But it would be incredibly easy — and more potent than any half-hearted apology — for Facebook to stop accepting ad money from hate groups. It simply doesn’t want to.