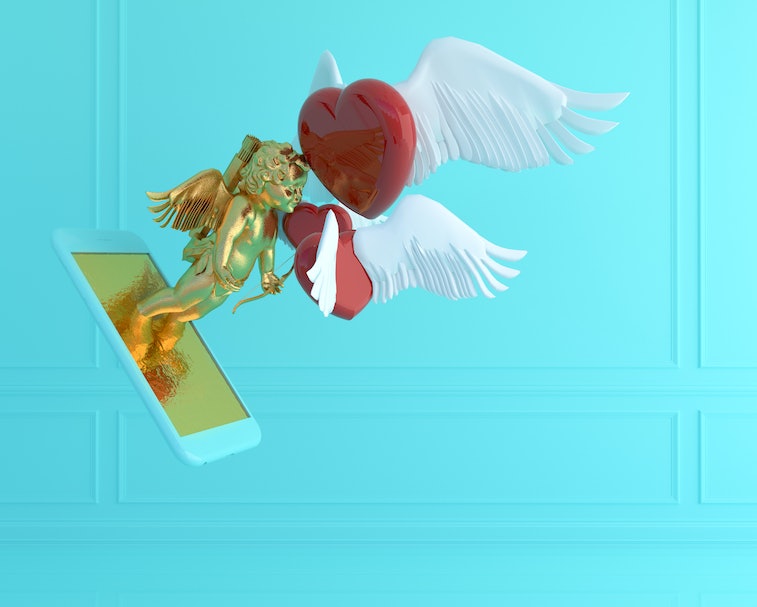 How often people swipe right on your dating profile might come down to having the right phone in your profile pictures. According to a recent study by CompareMyMobile, it turns out that people with iPhones in their shots were 76 percent likelier to appear attractive and swipe-worthy to others on dating apps. People with Apple Watches had a 61 percent better hit-rate, and a pair of visible Apple AirPods offered a boost of 41 percent to the odds of another user showing interest.

The crowd that did the worst? BlackBerry users. According to the study, BlackBerry owners were 74 percent less likely to get an approving swipe on dating apps. Other device users like Google smartphone owners, Sony, Huawei, and OnePlus also got the cold shoulder on these apps.

If you're single and ready to mingle — as is evident by the flood of users on Tinder, Bumble, Hinge, Grindr, and others — here's what the study essentially says: it's not you (hopefully), it's your phone.

The study found that the younger dating crowd — those between the ages of 18 and 25 — showed the most interest in people's smartphone choices. Women, in particular, judged prospective dates based on this criterion. This isn't surprising. In 2017, Match.com conducted a study called "Singles in America" and found that yes, your date is definitely judging you for your taste in smartphones. Anyone who's ever been 25 will also likely attest to the silly things young people consider important in a mate before (mostly) realizing other things are far more important when it comes to assessing a relationship's likely longevity.

Our theory — There seem to be two possible explanations for this phenomenon. One relates to communication and device compatibility. Given that iPhone users use iMessage between each other, the image of a chunky green SMS bubble popping up feels inconsistent and out of place. We're not making this up. People have ghosted dates for the "wrong-colored" speech bubble.

Another, more probable explanation comes down money. People likely subconsciously — or deliberately — judge dates based on how much their smartphone costs. A recent Apple product is a surefire way to indicate a certain level of disposable income. Well, that or very poor financial sense.

The lesson here? If you don't have or want an iPhone but you do want a partner, consider borrowing one the next time you're shooting pictures for your dating apps. And for heaven's sake, don't include fish you've caught or other dead animals. No one's into that, regardless of which smartphone brand they favor.