ICE sued for rigging an algorithm to incarcerate more immigrants 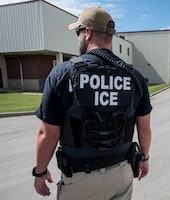 The percentage of "low risk" detainees for which the algorithm recommended detention without bond from June 2017 to September 2019.

The New York Civil Liberties Union and Bronx Defenders filed a class-action suit against Immigration and Customs Enforcement for unlawfully detaining immigrants, according to reports from Politico and The Intercept. ICE started using the Risk Classification Assessment tool (RCA) in 2013 to determine whether arrested immigrants are released on bond or detained. Initially, 47 percent of these immigrants were released, but from June 2017 to September 2019, only 3 percent managed to get out. The lawsuit alleges immigration officials’ shift to a “No-Release Policy” combined with an update to the RCA affected this change.

Stacking the system — The Freedom of Information Act lawsuit aims to have the New York City area cases from the aforementioned period reviewed by humans and for the RCA to become illegal software. Until mid-2017, the RCA determined whether arrested immigrants were detained or released, either on bond or their own recognizance. The update only allowed the options to be detained or referred to an ICE field officer, who would likely choose detention. ICE confirmed to Politico the agency altered the RCA, citing compliance to an executive order to crack down on illegal immigration.

The lawsuit leverages the FOIA because those arrested didn’t know how they were classified by the algorithm. They were kept in the dark until they could see an immigration judge, and many didn’t have access to a lawyer while they were detained. Thomas Scott-Railton, a fellow at the Bronx Defenders told The Intercept: “The result is that people are detained for weeks, even months, without having been given the actual justification for their detention and without a real chance to challenge it.”

Many of those arrested were not considered flight risks or dangers to the community. According to the suit, ICE’s New York Field Office detained more than 1,800 people eligible for release in 2018 and 760 more in the first nine months of 2019.