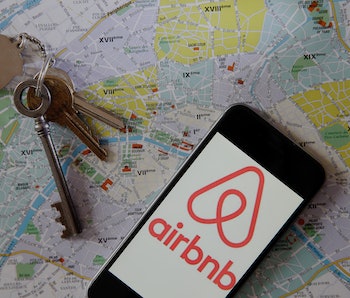 IBM is taking Airbnb to court, arguing that the latter built its company on IBM's e-commerce technologies without its permission, The Financial Times reported. IBM claims that it had repeated but ultimately futile negotiations with Airbnb and has decided to take the legal route for patents related to Airbnb's advertising services, navigation functions, reception, and other applications.

This is bad news for Airbnb. In the past, IBM successfully took Twitter and Groupon to court shortly before their IPOs and the ensuing legal battles cost the latter two companies millions and millions of dollars.

Perfect timing — IBM's legal attack against Airbnb comes at a rather unfortunate time for the short rental company as Airbnb plans to go public later this year. But with IBM making four patent claims, Airbnb will have to clearly mention patent infringement litigation as a risk factor in its IPO — and likely discourage investors.

No patent trolling — It's possible with this news that IBM will be accused of being a patent troll, a term for describing bigger and more powerful companies using broad patents to win license fees from smaller companies. But IBM denies this. "Patent trolls are businesses that acquire patents from third parties and then try to make money off them through licensing or suing accused infringers," the company said, according to The Financial Times. "IBM patents are homegrown and result from our more than $5bn investment a year in research and development. We are determined to protect that investment and our innovation leadership."

Good luck, Airbnb — As mentioned before, IBM has a rather intimidating history of making patent claims. If we go by its brutal record against Twitter and Groupon, Airbnb may just have to capitulate to the tech behemoth's demands. But the company sounds optimistic — and ready to fight. "We believe this case does not have any merit," Airbnb officially stated, "and look forward to an outcome which vindicates this position."