Hyundai wants another 17 electric vehicles in its lineup by 2030 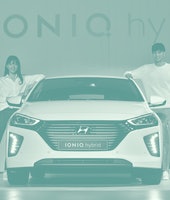 The amount earmarked for the automaker's EV projects.

Hyundai announced earlier today its “strategic roadmap” towards developing a fleet of battery electric vehicles with an aim to occupy around 7 percent of the market by the decade’s end. To accomplish this, the automaker plans to introduce another 17 EVs to their fleet — 11 Hyundai models, and 6 Genesis luxury cars. Late last year, the company unveiled its plans to ditch combustion engines entirely by 2025 in favor of electric powertrains, although as Engadget notes, at the time there were purportedly only 8 EV models in development.

Apart from the fully electric Ioniq 6 slated to launch later this year, not much other information is known about the upcoming Hyundai releases apart from some of their general classifications; three will be sedan while six will be SUVs, alongside one light commercial vehicle and one “new type model.” Hyundai also noted its already planning the Ioniq 7 launch for sometime in 2024.

Still playing catchup — As exciting and welcome the news is, Hyundai will likely still need to do a lot more to keep up with competition. As analysts speaking with Reuters note, $16 billion for EV production, research, and development falls far short of other companies like GM and Toyota, who are investing $35 billion and $70 billion respectively for the market in the coming years.

A S3XY shadow looms — And, of course, then there’s Tesla. Although far and away the company most associated with EV production, Elon Musk’s empire has been under considerable assault over the past few months, as federal safety officials and the SEC are investigating various issues that appear to have the Technoking pretty nervous. Elon’s brother, Kimbal, recently assured us himself that both he and his sibling care very little about amassing wealth, which look, we’re still trying to process that claim, to be honest.

In any case, until Elon’s house of cards folds, all other automakers have his sizable chunk of the industry to contend with. Should Musk face even more pressure, expect the EV market to be fair game for the likes of Hyundai and many others.