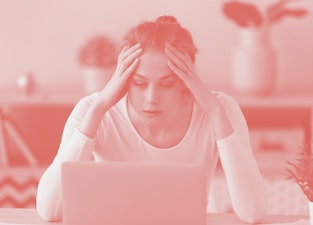 The number of COVID-19-related complaints to the FCC, 500 of which relate to its Keep Americans Connected Pledge.

In a statement to the House Communications and Technology Subcommittee, FCC Chairman Ajit Pai revealed the commission received about 2,200 complaints related to the COVID-19 pandemic. The Verge reports 500 complaints were specifically about the FCC’s Keep Americans Connected Pledge and 1,400 of all the complaints have been resolved.

Notably, though 774 carriers and ISPs have signed the pledge, some customers have still experienced service disruptions.

Lost in semantics — For certain carriers, customers are required to inform the company of economic hardship in order to continue to have internet access, according to Gizmodo. If they don’t and skip a bill, their accounts can be suspended rather than terminated, as described in the pledge language.

The CONNECT at Home Act would reinstate any service terminated starting on March 13 and keep it active until six months after the pandemic is over. It’s unclear whether this bill proposal will be altered to include suspension language. In the meantime, the Keep Americans Connected Pledge is currently extended through June 30.