“When you don’t understand how money gets made, it gets made in ways you don’t like.” 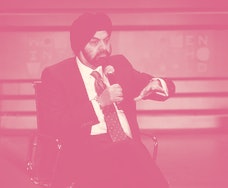 Facebook's blockchain currency project, Libra, is still struggling to win the trust of its onlookers. Since it was introduced in 2019, Libra has been viewed suspiciously by many financial analysts. Previously, one of its governing board members openly worried that the project did not have an effective launch strategy in place. Adding to these concerns now, Mastercard CEO Ajay Banga explained why he ditched Libra in a fresh interview with The Financial Times.

Per Banga, it came down to a shady business model, ineffective answers about data integrity, and the lack of a concrete idea about how Libra will make money.

Fishy data practices — Banga told The Financial Times that he didn't get the answers he needed when he asked Libra officials about their approach toward fraud, money laundering, data protection, compliance, and more. "Every time you talked to the main proponents of Libra," he claimed, "I said, 'Would you put that in writing?' They wouldn’t."

Enter Calibra — Banga was also unhappy about Facebook's move to link Libra to Calibra, which is a digital wallet for Facebook's cryptocurrency. He added that he was not certain about how Libra would finance its operations. "When you don’t understand how money gets made," he warned, "it gets made in ways you don’t like."

No skin off his nose — Some may think that Banga criticized Libra because he might be worried about Facebook's project and other blockchain-based payments model overshadowing Mastercard and its peers in the future. But Banga isn't bothered. "We have 30,000 plus banks around the world connected with 60 million merchants with billions of people in 200 countries with local legal regs of every country built into the system," he told The Financial Times. "Everybody, even the digital giants, realizes that is a [lot] of heavy lifting to try and do."