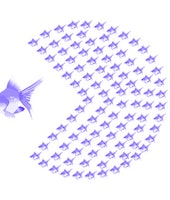 How much U.S. employers spend annually on union avoidance.

It's an open secret that many employers don't particularly fancy unions or those who are sympathetic to them, so it may not be surprising to hear that major organizations including hospitals and tech companies like Google reportedly take on union avoidance firms to help them spot and neutralize the threat of an active organizing employee or employees. According to Motherboard, leaked polling spreadsheets from one of the most prominent union avoidance firm, IRI Consultants, show how anti-union consultants profile and essentially characterize workers based on deeply personal and at times sensitive data and metrics.

These workers are then "evaluated" as potential threats in terms of their likelihood to agree with union organizing efforts, down to whether they nod during a union conference. The report details how workers' ethnicity, marital status, personality traits like how agreeable or disagreeable they seem, work ethic, history of disciplinary actions, and other details are used in favor or against them. Descriptions for one employee reviewed by the consultancy firm included words like "lazy," "aloof," and "from Samoa."

According to the report, Google is among IRI Consultants' clients as of 2019. And although the National Labor Relations Act of 1935 explicitly prohibits employers from profiling labor organizing among workers, these union avoidance firms continue receiving what are essentially spying opportunities from companies. Ultimately, managers rely on these firms to create a hostile working environment for employees, which eventually discourages them from seeking a union that could represent their professional needs and demand better well-being for the workforce.

The playbook — The anti-union consultant philosophy is to gather as much incriminating data on a worker as possible. These data points can then be used against a worker by describing them as incompetent, authoritative, negligent, and a host of other unsavory descriptors that reflect poorly on an employee.

An anonymous union avoidance consultant who once worked for IRI Consultants told Motherboard, "As a consultant, you're trying to figure how many kids a worker has, if they have a boyfriend, girlfriend or both, if they're married, or have relatives in management at the company. You try to figure out things that will make them motivated to [vote no]. Are they motivated by economics? Do they like their supervisor or do they hate their supervisor?"

Although gigantic firms like Google have repeatedly denied using the help of such consultants to gather personal data on employees, its workers claim that the titan aggressively profiles union development.

The issue is bound to elicit even more attention now that over 225 Google workers have formed the Alphabet Workers Union. And the company doesn't have the best record when it comes to these situations — after all, the firm is already dogged with accusations of cracking down and firing workers for their organization activity, according to the National Labor Relations Board in 2020. Pro-worker statements from the Google press room sound empty then.