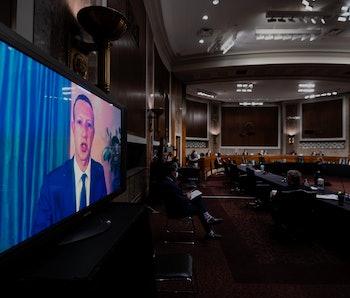 Sigh. Facebook has owned WhatsApp since early 2014, but the app has long kept its data separate from that collected by its parent company. This latest policy update — which will go into effect on February 8 whether users are agreeable to it or not — changes that entirely. WhatsApp’s July 2020 policy update hinted at its data being shared with Facebook, but at that point the sharing was made optional.

It comes as no surprise that Facebook is now folding WhatsApp into its general surplus of user data; this is a process that’s been accumulating, slow and steady, for years. What remains to be seen is whether or not WhatsApp’s dedicated fan base is comfortable enough with this new policy to stick with the app.

What exactly is changing? — Well, the general WhatsApp experience won’t feel any different, but everything behind-the-scenes is receiving a Facebook-toned update.

Expanding the in-app alert provides the following detail about the update:

“The information we share with the other Facebook Companies includes your account registration information (such as your phone number), transaction data, service-related information, information on how you interact with others (including businesses) when using our Services, mobile device information, your IP address, and may include other information identified in the Privacy Policy section entitled ‘Information We Collect’ or obtained upon notice to you or based on your consent.”

So, uh, to put it bluntly… everything. Facebook can view just about any information used in WhatsApp. And, if you’d like to continue using WhatsApp, you’ll have no choice but to allow Facebook that access.

Everything is Facebook — WhatsApp is the latest in a long line of Facebook acquisitions that, despite holding out for years, are finally being forced to fold their activities into the behemoth social network. Facebook, unwilling to accept anything short of internet domination, has made complete product cohesion one of its top priorities.

It’s the same process we watched happen to Oculus VR devices late last year. Six years after its acquisition of Oculus, Facebook in October decided the once-standalone VR headsets would require a Facebook login for operation.

And thus Facebook’s tyranny continues. The company’s ruthless domineering could prove its downfall, if the FTC’s stance on the matter is any indication.