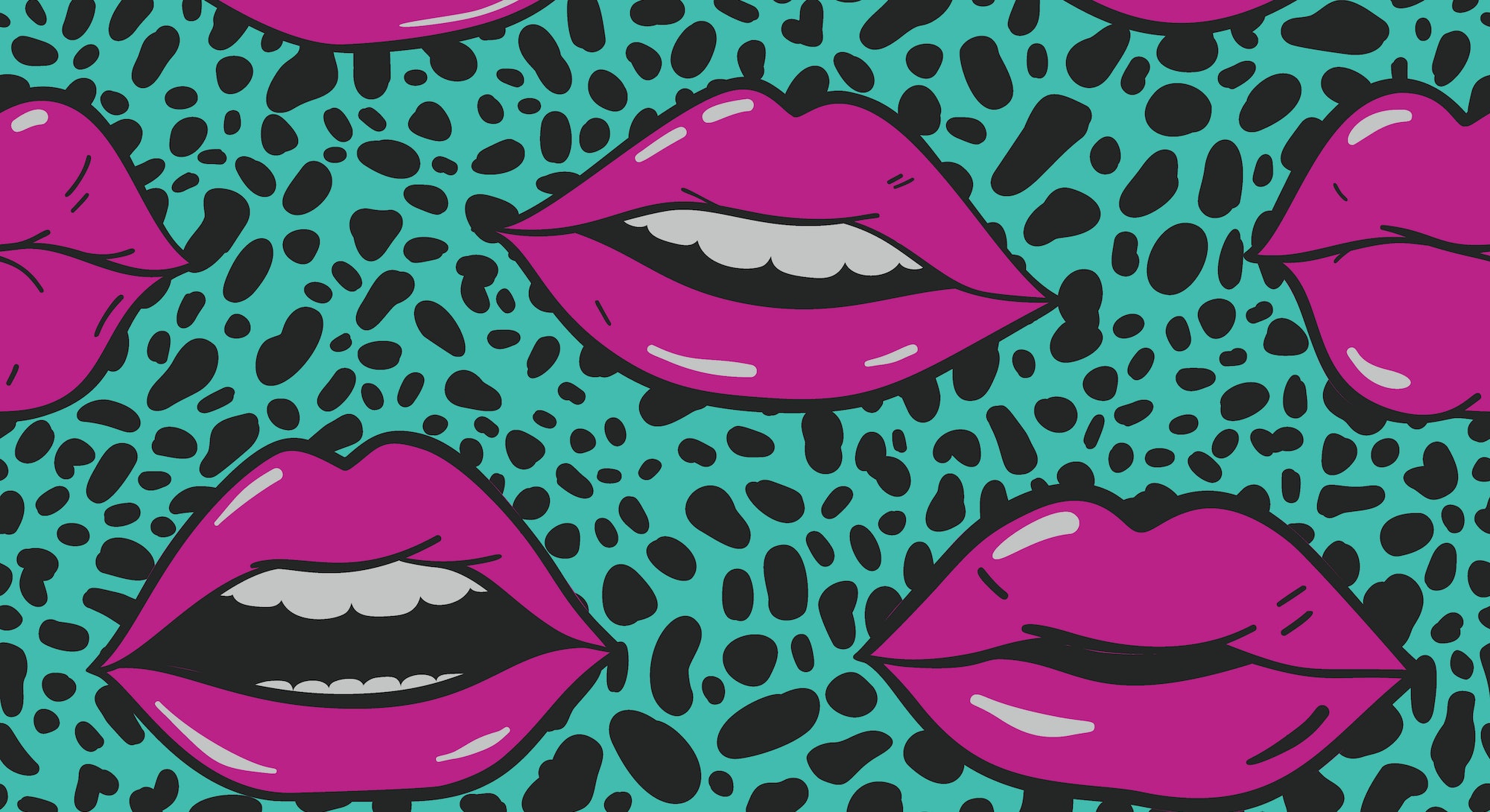 Ash Spivak half-expected the first workshop to be a flop. All their ducks were in a row, the venue booked and panelists secured, but how many people — on their own time and likely years into their self-discovery — really want to show up to an event about sexual health? Not for having sex, just talking about it; learning. As it turns out, a lot.

Cycles+Sex, an education-focused support group created to help fill the knowledge gaps around reproductive health, had a line “out the door” for its first physical installment in New York, in 2017. Before long Spivak and co-founder Lauren Bille were planning a second workshop, this time in L.A. Now, it operates entirely online, expanded and rebranded to AllBodies, a moniker more fitting to its mission. AllBodies’ Instagram page pumps out daily educational content to over 82,000 followers and the website hosts what its creator says is the “largest library of on-demand health classes.”

When it jumped onto the scene just three years ago, there wasn’t much else like it outside of the blogsphere. “No one was talking about the stuff we did,” Spivak notes, “sexual health, talking about pleasure as part of health, fertility, birth control, etc.” But that’s fast begun to change.

Unlike the previous generations, young adults currently coping with the fallout of inadequate sexual health education also happen to be online... all the time. That means on-demand access to information, and the ability to share it with the masses. Some have taken this unprecedented opportunity as a chance to work through past experiences and unlearn what isn’t working. Or, to reach others who haven’t yet started their own sexual journeys and equip them with the right resources to guide themselves forward. It all comes down to facilitating more informed decisions and healthier relationships — with other people and with oneself.

“I’ve walked around so much of my life with so much shame, or fear, or discomfort simply because no one told me. And I didn’t know where to go to learn it,” said Spivak, who worked as a birth doula before shifting to AllBodies. Without having that information, she says, “we just feel trauma, disconnected from our bodies. It affects our mental health, it affects our physical health, it affects everything. So a lot of what we do is try and flip the switch.”

The problem is, nobody seems to agree on the subject of sex education. Or at least, how to approach it. Teach the teens to abstain from sex, one side says, and so with it goes all of the associated risks (both physical and moral). Alternatively, teach them about the risks and risky behavior goes out the door, the other insists.

“I’ve walked around so much of my life with so much shame, or fear, or discomfort.”

The debate is one that spans decades in the U.S., going back to the first “Moral Education” class of the late 1800s and springing into the wider public conscious in the 1920s, though more as a war on sex workers — a reactionary response to STI outbreaks that led to the targeting and, in some cases, imprisonment of thousands of women. The country’s leadership has fumbled with the concept and implementation of sex education ever since, continuing through the sexual revolution of the ‘70s and the contraceptives conflicts of the ‘90s.

Today, the conversation has settled somewhere between religious duty and public health responsibility, and it’s a neverending tug-of-war between the two. The number of states that require abstinence be emphasized in the curriculum (29) far exceed those that require the curriculum be medically accurate (17). Even fewer are those in which sex-ed must be “culturally appropriate and unbiased” (9) and “cannot promote religion” (3). Consent, the most basic and necessary of principles relating to sexual health, is only a teaching requirement in nine states.

The situation is dismal, and not just in the U.S. It’s become the basis of our favorite shows and quintessential movie moments, a constant recurring punchline: sex education is comically bad. But there’s nothing funny about the real-world repercussions.

“My sex education was absolutely trash,” says Autumn Morris, the 23-year-old intimacy educator behind the popular Instagram account, @speakingofautumn (formerly @speakingofsex). In the heart of the Bible Belt, in Columbia, South Carolina, where she was brought up, abstinence-only sex ed was, by mandate, the only option.

“I just didn't know anything. I was completely naive, everything went over my head,” she said.

“I wasn’t even good at trying to figure out and put together pieces as to what sex was, what it meant, what it was supposed to be like. That got me into a lot of trouble with experimenting with sex and just trying to figure out who I was as a sexual being. I ended up facing a lot of abuse and stuff because I wasn’t taught what abuse is.”

“I didn’t know anything about consent,” she added. “It really affected my sexuality because I began to hate sex.”

“I ended up facing a lot of abuse and stuff because I wasn’t taught what abuse is.”

Not content with that, Morris says she “started looking for answers.” Her research brought her to the work of sexologist Shannon Boodram, and on from there to formal schooling through the California program, Everyone Deserves Sex Education. As a certified sex educator, she’s able to add some welcome credibility to the chorus of voices on social media. And people are “eager to learn.” While Speaking of Sex had only about 50 followers at the beginning of last summer, over 11,700 people now follow her teachings on Instagram — and the fandom is growing on TikTok as well.

“I know what I’m talking about and I’m having more intelligent conversations and more productive conversations,” Morris said, noting that she has a lot to learn from her followers, too. In this space, you’re never really finished learning.

“I look at the world and I look at how we abuse each other sexually a lot, and then we capitalize on it a lot, we write songs about it, we make TV about it, and we make it this sensational thing. Part of me gets really upset at that, but part of me is really understanding because you're only going to do what you’re taught.”

Whether or not there are people dedicated to getting accurate information out there, information abounds online and people are seeking it out.

Teens and young adults especially are increasingly turning to the internet for guidance as they make their sexual debuts (or re-debuts), with little helpful insight to lean on from their past education. Thats particularly true for BIPOC and LQBTQ+ communities, who schools have all but failed to properly serve. Consequently, much of the job of these online educators is simply to point people in the right direction.

“People are having to unlearn a ton of the garbage that we were taught when we were younger.”

Sam, who runs a peer support service under the name Shrimp Teeth (@shrimpteeth), turned her background in consumer psychology and research-heavy brand strategy toward connecting people with the proper resources to fit their needs. That often includes counsel on navigating nontraditional relationship structures like polyamory, or simply helping people find queer therapists. Sometimes, she just listens.

As important as it is to expand people’s understanding of what sex is — and not simply the act of penentration as we’re often taught — making sure people have support once they know where this all fits into their life is paramount.

“What I’ve found is that now most of the people who I talk to are more like our age, so anywhere between like 20 and 35, 'cause they’re the ones who haven’t received any kind of information,” Sam said. “One of the shifts that I’m seeing is that people who are our age are having to unlearn a ton of the garbage that we were taught when we were younger, and a lot of us are trying to do that.

“We noticed that we can have a better sex life, better relationship structures, and that the information that we were given wasn’t substantial enough and now we are on our way to discover better things.”

The community online is fast-growing, snowballing and diversifying with each additional voice. It is work like any other, though, and many of Instagram’s most popular sex educators have been doing it more or less for free. As the sexual wellness moment cements itself, amplified by pro-pleasure sex toy companies and the current camming rennaissance, the independent creators whose work got us here are hoping not to be forgotten.

“My peers are brilliant,” the 27-year-old said. “We’re really passionate about what we do.”

“I think there’s a lot of need out there,” she added, “and if it’s just this weird grassroots movement, I don’t know how successful we can continue to be, because we’re just doing it out of our pocket.”