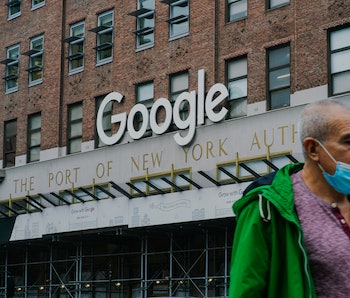 Allegations of unfair market competition aren't going to end for Google anytime soon. In fact, the year 2020 could end on a bitter note for the tech titan. Joining the list of critics on antitrust, online publishers Genius Media and the news website The Nation have filed a class action suit against Google, Gizmodo reports. The companies say that Google has gamed the advertising business in its own favor, an accusation that Google has denied in the past.

If anyone wants to compete with the Alphabet-owned firm, they either have to pay extra money or suffer lower traffic than Google, Genius Media Group claims. The company is behind the popular website Genius (formerly known as Rap Genius).

"Through its campaign of anticompetitive conduct, Google has achieved and maintained a monopoly or near-monopoly in that marketplace by erecting a toll bridge between publishers and advertisers and charging an unlawfully high price for passage," the firm claimed in its lawsuit. "Specifically, Google’s Ad Server — the software or code that publishers use to make critical decisions about advertising content — imposes anti-competitive rules and conduct that artificially warp the channels through which publishers sell their ad placement inventory."

Additionally, this isn't Genius Media Group's first round with Google in the courts. The company has been here before, so to speak. And its previous litigation-based experience against the goliath was unsuccessful. In August, a federal judge dismissed the company's lawsuit filed against Google and LyricFind after Genius Media Group accused both of allegedly stealing song lyrics.

Google denies wrongdoing — Be it competitors in the tech industry or lawmakers in Congress, Google's image remains under intense scrutiny. The company passionately insists that it has never monopolized the digital advertising and search market but senators from both Democratic and Republican parties view that claim with suspicion. The chasm in trust is so steep that the Department of Justice plus 11 states' Attorneys General are among the entities with antitrust lawsuits against the firm.