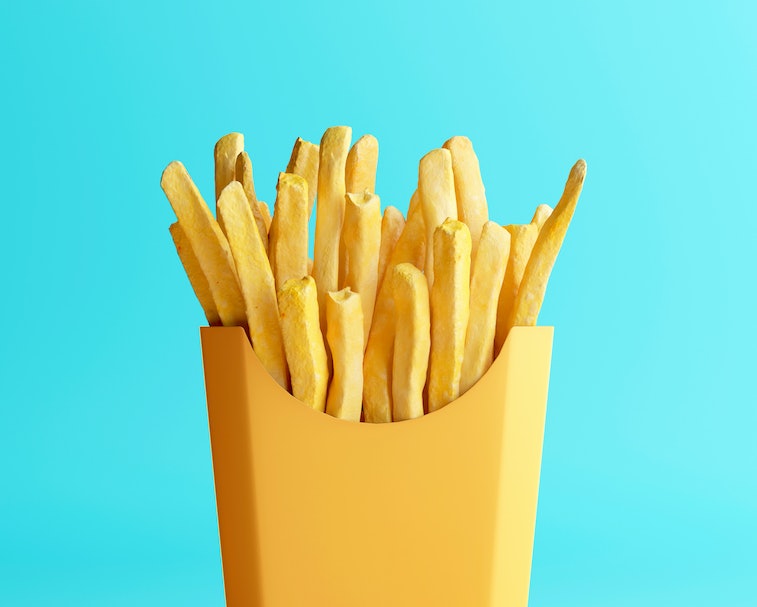 Sometimes what you search for on Google can reveal a lot about your emotional state. In fact, scholars claim they can identify user profiles based on browsing habits. It's little wonder then that on Tuesday night, Google Trends revealed that the highest trending search terms in the U.S. as the election unfolded focused on food, booze, and "move to Canada."

Google Trends reported a surge in searches for "pizza," "Chinese food," "liquor stores," "sushi," and "Mexican food" near users. "Fries near me" plus "liquor store near me" were at all-time highs for search entries in the United States, too. Graphs from Google Trends reveal upticks for the terms going higher and higher as the night progressed and the closeness of the race had millions biting their nails while glued to their laptops or TVs.

Drinking game — Apart from searches for fries and drinks, you might have noticed that drinking games surged on Twitter on election night. If you simply search for the term "take a shot" on the service, you'll notice that people created their own drinking games on what proved to be an insanely stressful night. These take-a-shot games came from both sides of the American political aisle, with quips about Texas hypothetically becoming Democratic, a shot for every instance of Donald Trump's tweets getting restricted, a shot for a swing state turning blue, and other possibilities.

Wait a minute — At first, Google Trends' report is understandable — Tuesday night electrified a lot of nerves and worries across the country. It's nothing new that many people will turn to food — especially grubby, comfort food that you can use to eat your feelings. A little bit of booze helps, too. But some Twitter users pointed out an interesting aspect of these Google searches: how did these people already not know about these food and drink joints, presuming they were searching for these terms in the neighborhoods they live?

One Twitter user asked, "How is it possible in the 11th month of 2020 to not know where the nearest liquor store is? Hell, to not be on an 'elaborate secret handshakes and nicknames' basis with the clerk?"

Another remarked, "How do you not know where you can get fries near you? I don’t mean that in an accusatory way, I’m genuinely curious. Are you visiting somewhere new? And why just fries?" They're good questions. And good questions related to data, like collected search terms, can help us parse and lay bare enigmatic phenomena like why do fries taste so damn good after chugging chilled beer? Perhaps we'll have worked it out by the time the votes are counted... or, failing that, by the next election. Which at this rate may be the same time.